Reversal of Brexit more likely after May defeats – JP Morgan 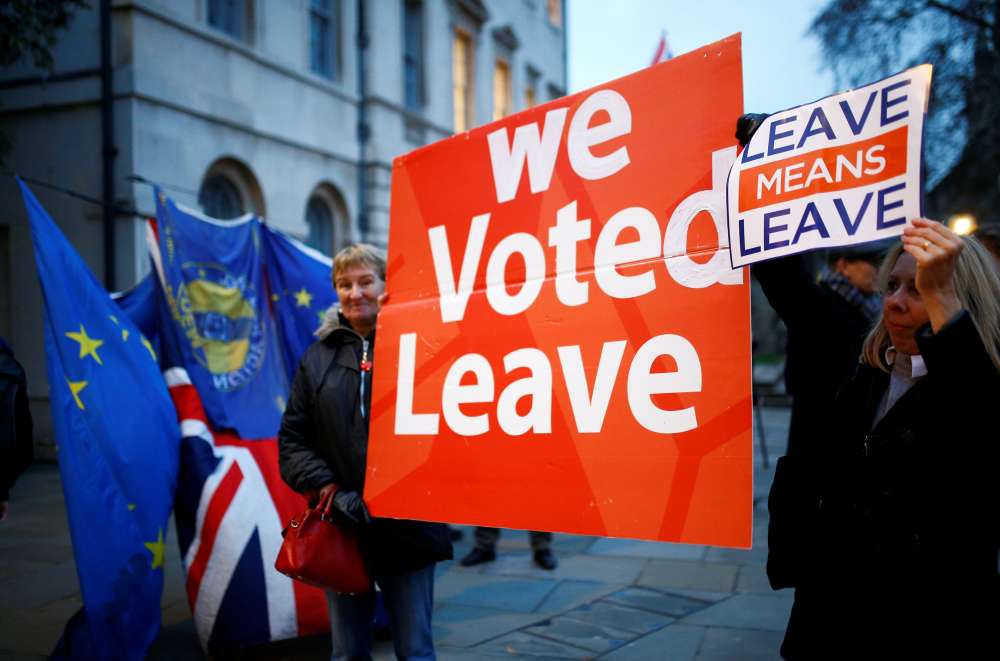 U.S. investment bank J.P. Morgan said on Wednesday the chances of Britain calling off its divorce from the European Union had increased after a string of humiliating parliamentary defeats for Prime Minister Theresa May cast new doubt over her plan to quit the bloc and sent sterling higher.

Britain’s pro-Brexit trade minister Liam Fox also said it was now possible that Brexit would not happen. There was a real danger that parliament would try to “steal” Brexit from the British people, Fox told a parliamentary committee on Wednesday.

In one of the biggest shifts in perceptions since the shock 2016 vote to exit the EU, J.P. Morgan raised the probability of Britain ultimately staying in to 40 percent from 20 percent.

Ever since the referendum, investors have speculated that the United Kingdom’s biggest economic and political shift since World War Two could ultimately be thwarted, though it was unclear what the mechanism might be.

On Tuesday, just hours before the start of a five-day debate in the British parliament on May’s Brexit deal, an adviser to the European Court of Justice (ECJ) said Britain could pull back its formal divorce notice without needing the agreement of the other 27 members.

While it is a non-binding opinion and the ECJ is still to rule, the opinion from Advocate General Manuel Campos Sanchez-Bordona also upped the chances of Brexit not happening as planned on March 29.

Sterling, which has see-sawed on Brexit news since the referendum, touched a 17-month low on Tuesday but recouped much of its overnight losses on Wednesday as optimism grew that Britain may not leave the EU without a deal in place.

To leave the EU on the terms May has negotiated, she needs parliament to approve her deal. Yet that looks unlikely.

In significant defeats on Tuesday, her government was found in contempt of parliament and then a group of her own Conservative Party lawmakers won a challenge to hand more power to the House of Commons if her deal is voted down. A final vote is due on Dec. 11.

If May loses, the future of the world’s fifth-largest economy is uncertain. She has warned Britain could leave without a deal or that there could be no Brexit at all.

J.P. Morgan said a second referendum appeared more likely than a general election as the route to thwarting Brexit.

But many business chiefs and investors fear a chaotic Brexit that they say would weaken the West, spook financial markets and silt up the arteries of trade.