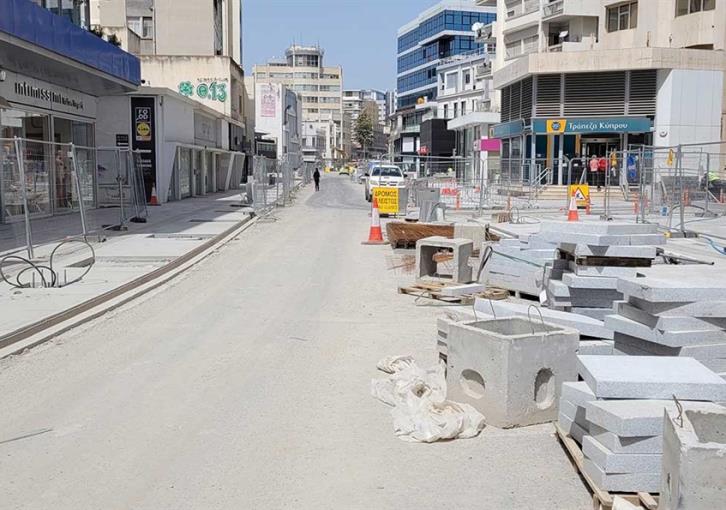 The ongoing revamp of Nicosia’s central Makarios Avenue is chaotic, dangerous to pedestrians and a real headache to shop keepers who are suffering unprecedented losses, Philenews reported on Thursday.

“Passages reminiscent of a labyrinth, barbed wire fences, deep puddles and constant digging noise and jolts from compressors is the daily nightmarish state of play of the once most  commercial road,“ a shop keeper said.

The vast majority of shop keepers have either moved away or are shut down while those which opted to stay record a decline of business and up to 70% of reduced revenue, another one said.

Strong complaints by shopkeepers are joined by those of citizens who feel there is no sufficient protective measures while the ongoing public works go on.

An example was that of a woman who recently stumbled while trying to reach a shop and suffered serious injuries. And this was just one of numerous such cases, they said.

As for Nicosia Mayor, Constantinos Yiorkatzis, his response was that the specific project will be completed by early December – just in time for this year’s Christmas celebrations.

By Annie Charalambous
Previous articleLimassol residents welcome city’s development, but are concerned over uncleanliness
Next articleProtests in Belfast