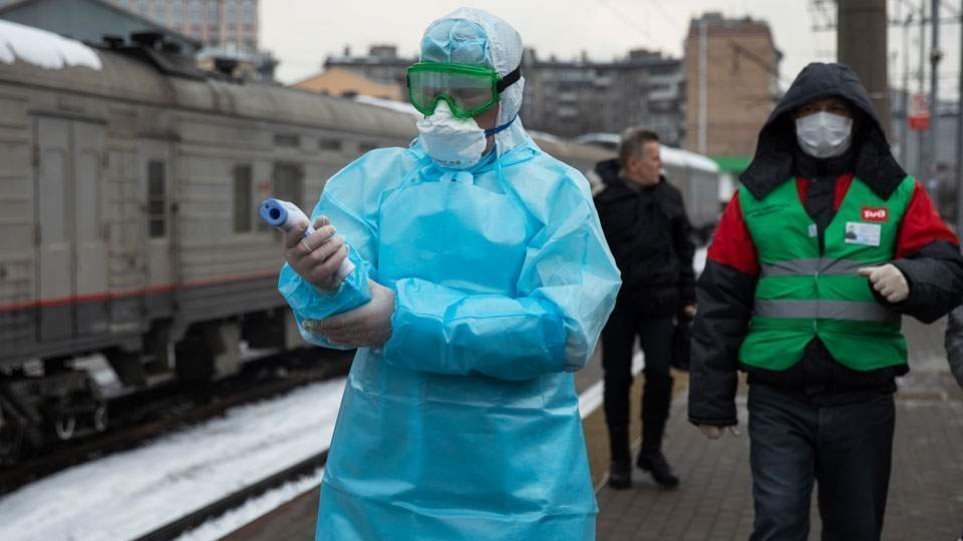 The United States surpassed Italy on Saturday as the country with the highest reported coronavirus death toll, recording more than 20,000 deaths since the outbreak began, according to a Reuters tally. The grim milestone was reached as President Donald Trump mulled over when the country, which has registered more than half a million infections, might begin to see a return to normality.

Britain’s COVID-19 death toll neared 10,000 on Saturday after health officials reported another 917 hospital deaths, while one senior minister said Prime Minister Boris Johnson will need time off as he recovers from being seriously ill with the virus. Britain has now reported 9,875 deaths from the coronavirus pandemic, the fifth highest national number globally. Saturday’s increase was the second day running that the number of deaths had increased by more than 900.

Coronavirus fight is a marathon not a sprint, top British doctor says

The fight against the novel coronavirus is a marathon not a sprint and lifting the lockdown may involve drugs and not just vaccines, the medical director of England’s national health service said on Saturday. NHS England’s medical director Stephen Powis said vaccines were not the only component of an exit strategy from lockdown.

Another 103 sailors from U.S. carrier test positive for coronavirus

Another 103 crew members on the U.S. aircraft carrier Theodore Roosevelt have tested positive for the coronavirus, the Navy said on Saturday, bringing the total number of cases from the ship to 550. In a statement on its website, the Navy said 92% of the carrier’s crew members had been tested for the virus, with 550 positive and 3,673 negative results. It said 3,696 sailors had moved ashore.

Mexico reported 375 new cases of the coronavirus on Saturday, bringing the country’s total to 4,219 cases and 273 deaths, the health ministry said.

Mainland China reported 99 new coronavirus infections on April 11, more than doubling from the previous day to reach a one-month high, as the number of single-day imported cases hit a record, official data released on Sunday showed. In addition, highlighting another major source of risk, newly reported asymptomatic coronavirus cases nearly doubled to 63 on April 11, from 34 the previous day, according to China’s National Health Commission (NHC).

The World Health Organization (WHO) said on Saturday that it was looking into reports of some COVID-19 patients testing positive again after initially testing negative for the disease while being considered for discharge. South Korean officials on Friday reported 91 patients thought cleared of the new coronavirus had tested positive again. Jeong Eun-kyeong, director of the Korea Centers for Disease Control and Prevention, told a briefing that the virus may have been “reactivated” rather than the patients being re-infected.

Germany’s number of confirmed coronavirus infections rose by 2,821 on Sunday to 120,479, data from the Robert Koch Institute for infectious diseases showed. That was lower than a 4,133 increase reported on Saturday, and marked the second decline after four days of increases. The reported death toll rose by 129 to 2,673.

The U.S. Centers for Disease Control and Prevention (CDC) on Saturday reported 492,416 cases of the coronavirus, an increase of 33,251 cases from its previous count, and said the number of deaths rose by 1,989 to 18,559. The numbers updated by the CDC on Saturday are not confirmed by the U.S. state and territorial health departments, and will be modified when tally is updated on Monday.

Thailand reported 33 new coronavirus infections on Sunday, for a total of 2,551 cases, as well as three more deaths, taking the southeast Asian nation’s toll to 38. Two Thai men aged 74 and 44, and a woman aged 65 died, said Taweesin Wisanuyothin, a spokesman for the government’s Center for COVID-19 Situation Administration.