Retail trade up in the first three months of the year 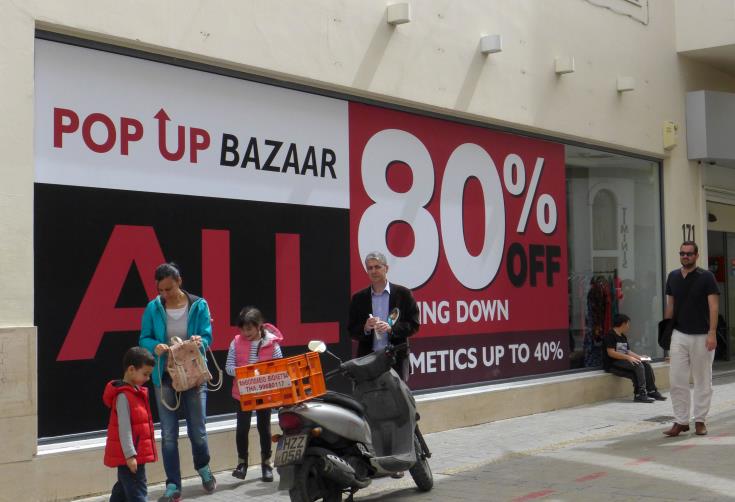 The retail trade increased in the first quarter of the year, official figures show.

On the basis of provisional estimates of the Statistical Service of Cyprus, the Turnover Value Index of Retail Trade rose by 2.6% from January to March 2019 compared with the same period of 2018.

The Turnover Volume Index of Retail Trade is estimated to have recorded an increase of 1.9% in the first quarter, compared with the same period of 2018, according to provisional estimates.

British Prime Minister Boris Johnson said reopening schools in September was a social, economic and moral imperative and insisted they would be able to...
Read more
Local

Some Lebanese called for a sustained uprising to topple their leaders amid public fury over this week’s devastating explosion in Beirut, and the country’s...
Read more
Local

Finance minister Constandinos Petrides travelled to Moscow today, heading a negotiating team that will aim to bridge differences with Russia on the avoidance of...
Read more

Cyprus recorded a further decrease of €43 million or 0.5% in aggregate Non Performing Loans (NPLs) at the end of March 2020 compared with...
Read more
Economy

Unemployed people registered at the District Labour Offices on the last day of July 2020, reached 32,313 persons, according to a press release issued...
Read more
Economy

In June 2020, the fourth month during which Covid-19 containment measures are being applied in most Member States, industrial producer prices rose, compared with...
Read more