Research and innovation can boost the economy, President says 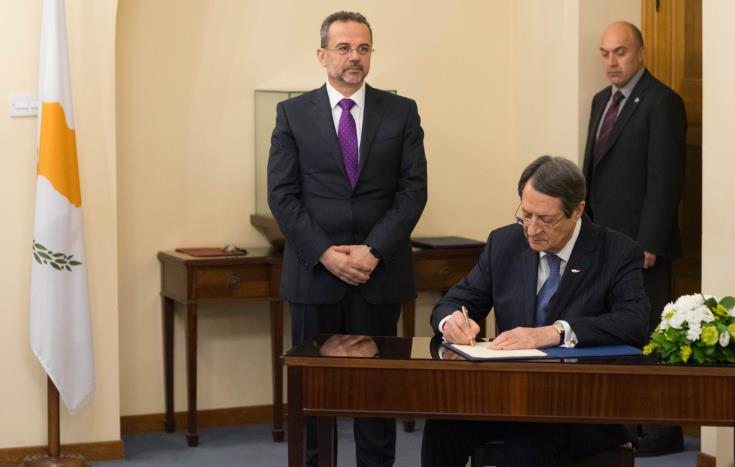 Research and innovation can boost the economy, President Nicos Anastasiades said at the swearing-in ceremony of Kyriakos Kokkinos, as the Chief Scientist for Research and Innovation.

The Chief Scientist is mandated to promote growth of research and innovation at the national level. The Government has already established a National Council for Research and Innovation as the leading advisory body for the drafting of the national strategy.

Pointing out that research and innovation has been one of the sectors contributing to the recovery of the Cypriot economy in the past years, Anastasiades added that Centres of Excellence as well as incubators for young people with innovative ideas have been established and were co-funded by the EU.

“As a result, a new momentum is underway for these sectors of the economy which represent an integral structural part of a competitive and productive economy,” the President stressed.

On his part, Kokkinos said that the Chief Scientist may be a new institution in Cyprus, but is indicative of the government’s intention to support the sector of research and innovation as a basic pillar for economic growth and prosperity.

“The importance acquired by research, technological growth and innovation as basic drivers for growth is bigger than ever,” he stressed.

Kokkinos said that among the actions to be pursued by the Chief Scientist are the drafting of the National Strategy for Research and Innovation in cooperation with the Research and Innovation National Council, increasing investment for research and development (R&D) to 1.5% of GDP, the operation of the institution as a central contact point both for the public and the private sector and the cultivation of a spirit of innovation in the Cypriot education system.