Rescuers work through the night as Albanian quake toll hits 25 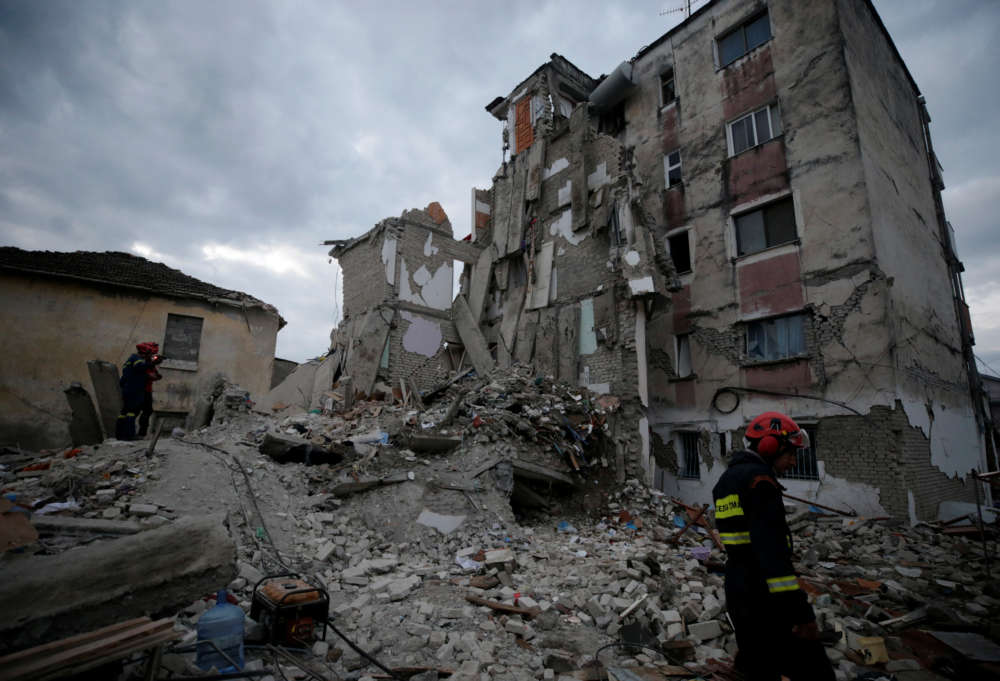 Emergency crews found three more bodies on Wednesday morning as they used drones, dogs and heavy machinery to search through the wreckage left by Albania’s worst earthquake in decades, bringing the death toll to at least 25.

In the town of Thumane, close to the centre of Tuesday’s quake, a woman stood in front of a collapsed building calling our for rescuers to find her niece.

Soon after crews brought out two bodies. Police said they had found another victim earlier, before dawn.

Other residents slept out in the streets in tents, fearing aftershocks.

Adrian Muci said six of his relatives had died in two separate buildings, and his own house was on the point of collapse.

“I have other cousins and relatives but I don’t know where they are and if they are dead or not,” he told Reuters. “I will never be able to live in my house any more.”

The 6.4 magnitude quake, centred 30 km west of Tirana, was felt across the Balkans and in the southern Italian region of Puglia, across the Adriatic Sea from Albania.

At least 250 aftershocks – two of them magnitude 5 – then shook the Balkan country, testing strained nerves.

Albania is the poorest country in Europe, with per capita income a quarter of the European Union average, according to the International Monetary Fund.