Rescuers try to account for children after Nigerian school collapses 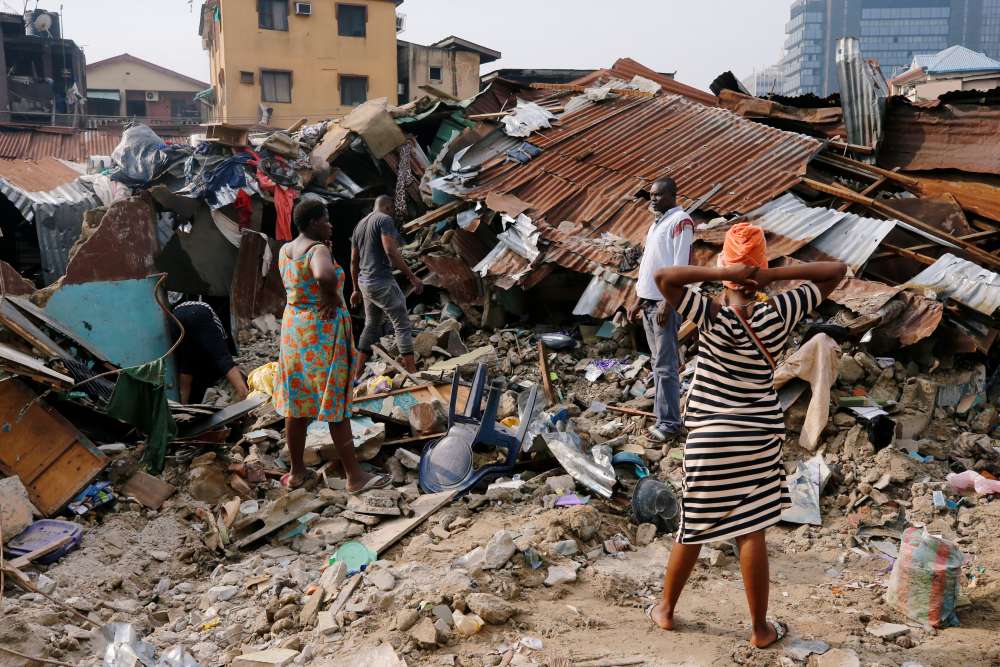 Rescuers were trying to find a register of children to work out how many died when their school building collapsed in the Nigerian city of Lagos, an emergency official said on Thursday.

Authorities have so far only said that people had been killed, without giving a number, after the four-storey building the school was at the top of collapsed on Wednesday.

Residents said around 100 children had attended the nursery and primary school – and people were searching through the tangle of rubble and metal on Thursday to find any belongings of their loved ones.

On Wednesday, one person was confirmed dead and nearly 50 rescued. More people have died after being taken to hospital, Adesina Tiamiyu, the general manager of the Lagos State Emergency Management Agency, told reporters on Thursday.

By Thursday morning the site had been cleared and rescue workers had found a body at 3 a.m. (0200 GMT), Tiamiyu said.

“We cleared it out to see if anyone was still buried below this rubble,” he said.

Tiamiyu said the number of children involved was still in question and authorities were trying to find a register of the pupils.

“I want to categorically deny there were more than 100 children,” he said.

Lagos Governor Akinwuni Ambode, who visited the site hours after the building collapsed, said the school had been set up illegally and that buildings in the area had been undergoing structural testing prior to the accident.

Building collapses are frequent in Nigeria, where regulations are poorly enforced and construction materials are often substandard.

A few hundred people watched from nearby as an excavator dug through the remains of the debris, the mood resigned. In the hours after the collapse on Wednesday, thousands of residents, many angry, had gathered at the site.

Locals, including a relative of a child who was killed, said there had been a number of building collapses in the area over the last few years. They said some buildings deemed by state government officials to be uninhabitable were renovated by landlords seeking rent.