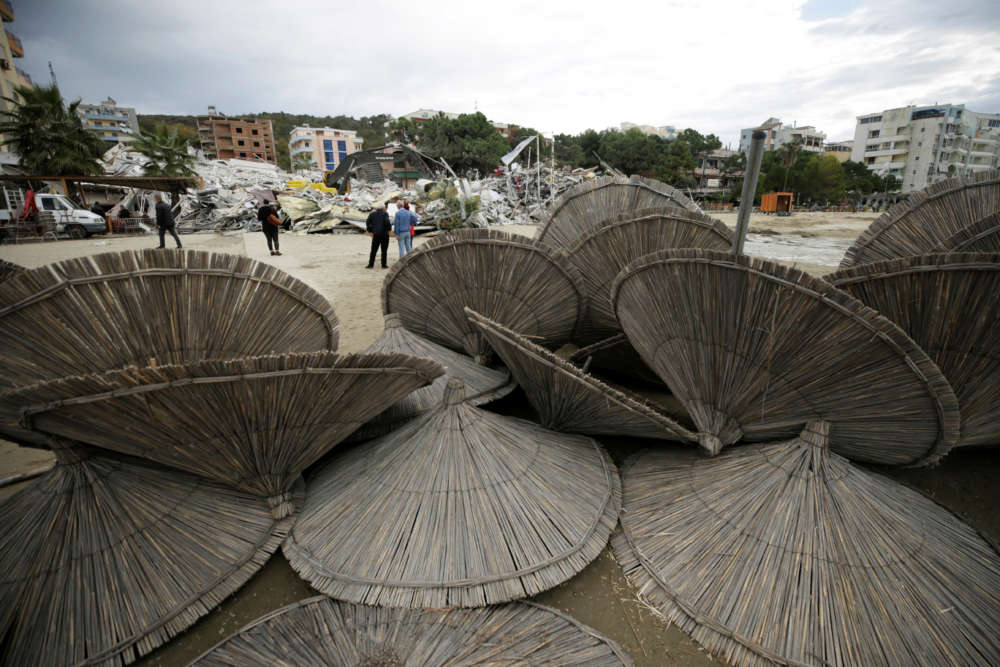 Rescue workers sifted through the rubble of a hotel by the Adriatic Sea for possible survivors on Friday, three days after a 6.4-magnitude destroyed the six-storey building and many others in the Albanian port of Durres and surrounding areas.

The death toll from the quake, Albania’s worst ever, has reached 49. There have been more than 500 aftershocks since Tuesday’s quake, some with a magnitude of more than 5.0, rocking already damaged buildings and terrifying residents.

The sea-front hotel, the Mira Mare, is now the only site where rescue work is still continuing. The search teams, from neighbouring Serbia, Montenegro and North Macedonia, said a female dancer was believed to be buried beneath the rubble.

Nearby, another hotel, the Ljubljana, was leaning to one side, its ornamental Roman columns cracked. Shattered glass and a toppled potted plant lay strewn across what had been its reception area.

A woman pushed a pushchair piled high with bags of what appeared to be possessions she had managed to rescue from the wreckage of her home.

“At the moment when the earthquake struck, I wasn’t scared at all. But when I went out, and saw the horror, I became petrified,” said Durres resident Tahir Halili.

“Even now, as we speak, I am not at all well. When I saw all that destruction, that hell, all those lost lives, my friend, it is unbelievable.”

Albanian Prime Minister Edi Rama said 25 people had died in Durres, 23 in the northern town of Thumane and one in the town of Lac. The quake damaged more than 700 houses in Durres, destroyed 12 more and left nearly 200 apartment buildings with cracks and fissures, he said.

Rama extended a 30-day state of emergency already in force in Durres and Thumane to Lac. A family of six was due to be buried in Thumane on Friday.

More than 5,000 people have been left homeless by the quake, Rama said. They are being housed in hotels, schools, gyms and other temporary accommodation.

“Do not stay at home if it is damaged,” Defence Minister Olta Xhacka appealed to citizens during a news conference.

“We are able to offer shelter, food and clothing. The quality of life and health of citizens is our concern and life in tents is temporary.”

Following the deadly blast at Beirut's port last week, Iraq is moving to secure its own main port of Umm Qasr from any potential...
Read more