Rescue crews looking for woman missing after floods in Kyrenia 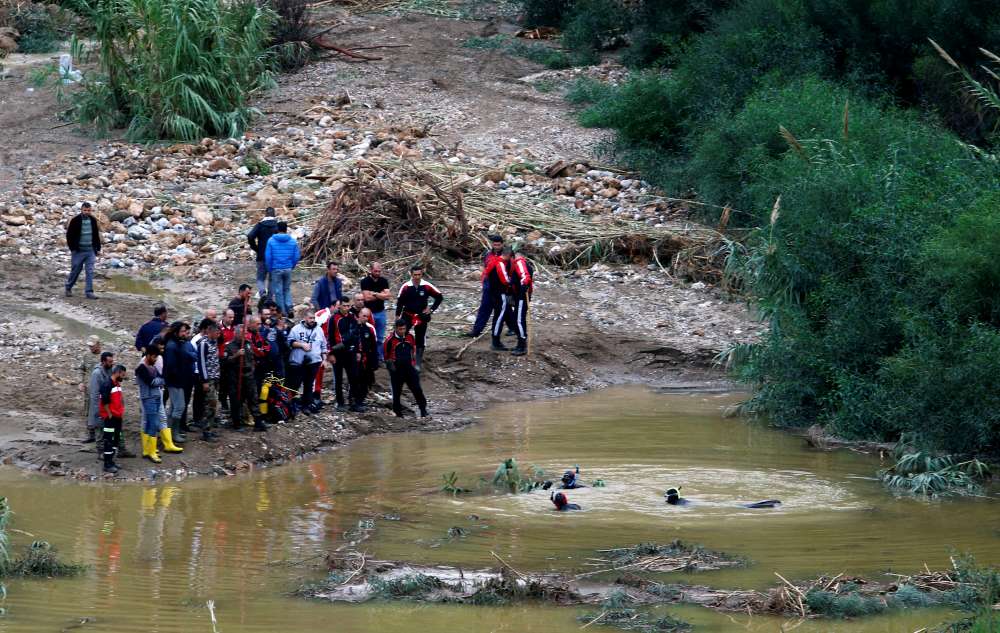 Rescue crews assisted by specially trained dogs have resumed search for an 18 year old woman who was in a car that went off a cliff during a severe storm in the Turkish-occupied north and has been missing since then, the Cyprus News Agency reported on Friday.

Four people were in the car which was carried away by flood waters. The other three – two men and a woman – were found in the car at the bottom of a cliff by the main Nicosia-Kyrenia highway yesterday.

Meanwhile a clean up effort is underway after the area suffered heavy flooding. Images on social media showed cars swept into the sea or submerged in flood water and water gushing through homes.

Rivers burst their banks, causing damage in Nicosia and forcing the partial closure of a motorway it to Kyrenia.

Government Spokesman Prodromos Prodromou wrote on Twitter that President Anastasiades had expressed his sincere condolences to Akinci over the casualties and his solidarity.

He said Akinci had thanked Anastasiades for his interest and his offer for help and told him that the situation was being dealt with.