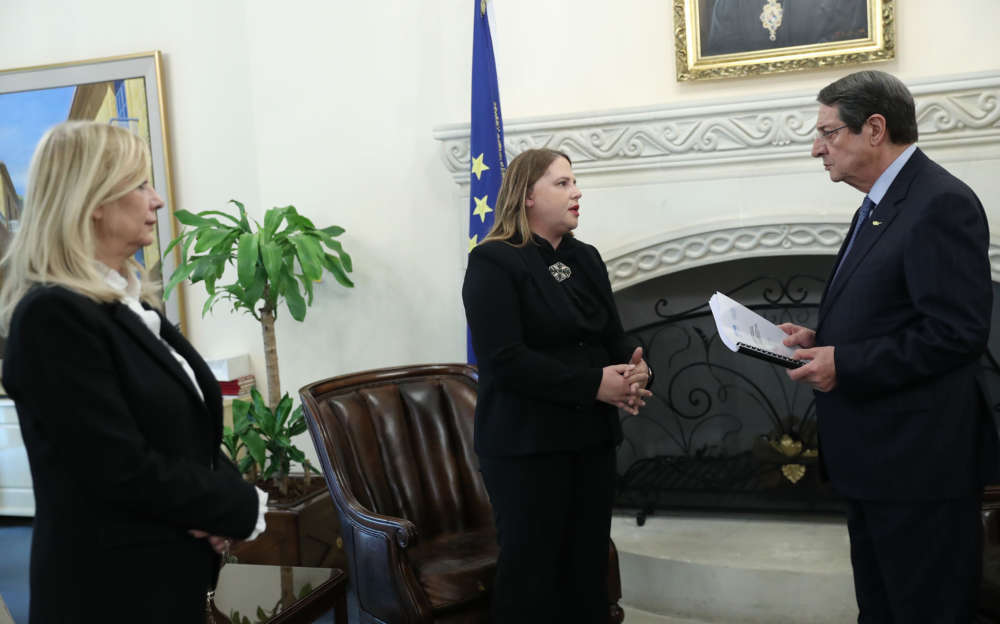 Timely action by social workers and first response police officers could, possibly, have averted the death of 15 year old Stylianos Constantinou  who took his own life in September.

This can be inferred from the findings of a report by Ombudsman Maria Stylianou Lottidou following her investigation, at the government’s request, into the boy’s death. The report catalogues negligence bordering on the criminal by social workers as well as disciplinary omissions by police officers.

Stylianos’ death — and reports of emotional and other abuse at his home in a community in the Nicosia district — had shocked public opinion and prompted authorities to put his two younger siblings in the care of the social services.

A third person – not a state employee — may have committed a criminal offence. Although this person is not named, the wording suggests she is referring to the boy’s father.

Lottidou referred to ‘complete inaction’ over the period of 2013 and 2019 and said that if circulars and protocols had been adhered to, then the outcome may have been different.

“No one knows for certain what would have been the outcome if there had been timely and individualised intervention by the social services. But we know the tragic result of its absence,” she said.

Receiving the report President Nicos Anastasiades expressed the government’s deep regret and its determination to deal with such cases.

And Labour Minister Zeta Emilianidou who was present said the government fully adopts the report, will act on it in terms of disciplinary action and will cooperate with the attorney general regarding possible criminal offences.

An announcement from the ministry said that a request has been made to the public service commission to suspend the social workers connected to the case. An investigating officer will carry out a disciplinary inquiry, it added.

In her announcement, Lottidou said among other:

They did not have any involvement in the case except when Stylianos was much younger. This stopped at the decision of the mother despite recommendation of the welfare officer that they should continue. They could not become involved without the parents’ consent or by court order at the request of the welfare services which made no such request, even after the child attempted suicide.

This was the only department to work on the basis of procedures and protocols, giving the child the necessary and only due attention from kindergarten to lower secondary school.

Teachers showed interest and support and it was through the school that police and social services were mobilised. They were the only unit to monitor his psychological state and offer support to enable him to graduate from secondary lower and go to technical school which was his dream.

There are disciplinary offences and omissions by police in violation of police rules, firstly in recognising the risk of violence in the family, both physical against the mother and psychological against the children.  Police had an obligation to investigate further as they had 20 reports and a conviction of the father of violent behaviour against Stylianos.

Police and the police office on the prevention of violence should have been aware of the possibility of psychological violence.

Police failed to inform all parties (social services, police office on the prevention of violence) about instances of violence reported to them.

The social services have the biggest share of responsibility having not evaluated the danger of physical and psychological violence. They failed to coordinate during the first stages in monitoring the family and later broke nearly all the administrative provisions and guidelines.

There was complete indifference when there was an attempted suicide and no evaluation of the risk so no support was offered.

Possible criminal offence by a third person, not a public employee

The failure of social services and police to recognise psychological violence against Stylianos and the repeated violent behaviour of the perpetrator against the mother meant that the perpetrator was not prosecuted which could have averted this tragedy.

The report has been forwarded to the attorney general to consider prosecution, as the possibility of psychological violence towards Stylianos and his siblings and the possibility of systematic physical abuse of the mother (at his own admission) remains.