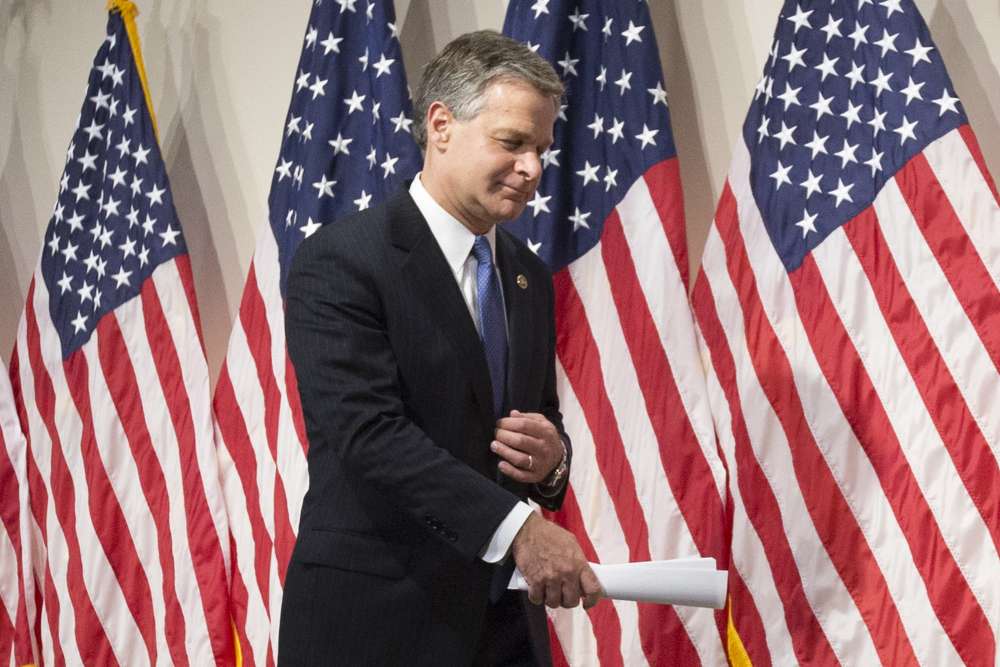 Former FBI Director James Comey made a “serious error of judgment” when he announced shortly before the 2016 U.S. presidential election that he was reopening an investigation into candidate Hillary Clinton’s use of a private e-mail server, the Justice Department’s internal watchdog said on Thursday.

But Inspector General Michael Horowitz also concluded in a long-awaited, 500-page report that Comey did not exhibit political bias or try to influence the election; nor did he contest the decision not to charge Clinton with a crime.

A long-serving law enforcement official, Comey became a controversial figure in the 2016 election, drawing accusations from both Republicans and Democrats that his handling of the probe into Clinton’s emails influenced the campaign.

Comey later headed a separate investigation into alleged ties between President Donald Trump’s campaign and Russia. Trump fired him as head of the FBI in May 2017, prompting the appointment of a special counsel now pursuing the Russia probe.

Both sides of the partisan divide found something to trumpet in the report. Democrats said it confirmed political bias did not influence the Clinton investigation, while Republicans seized on a newly disclosed text by an FBI agent in mid-2016 expressing his apparent intention to “stop” the Trump campaign.

And while embarrassing for the FBI, the report appeared to lack the kind of bombshell revelation that would significantly boost an effort by Trump and his allies to paint the FBI as corrupt and discredit the Russia investigation.

FBI Director Christopher Wray told reporters at a briefing that he accepted the inspector general’s report, but stressed it did not find that political bias had impacted its investigations.

“The report does identify errors of judgment, violations of, or even disregard for policy and decisions that at the very least, with the benefit of hindsight, were not the best choices,” Wray said. “We need to hold ourselves accountable.”

The inspector general’s inquiry focused on public statements made by Comey about Democrat Clinton’s use of a private email server, instead of a State Department server, while she was secretary of state.

In October 2016, less than two weeks before Election Day, Comey sent members of Congress a letter disclosing that a probe into Clinton’s emails was being reopened after new emails were discovered, a disclosure Clinton contends contributed to her surprise defeat by Trump. Two days before the Nov. 8 election, Comey said the FBI found no additional evidence in the new emails.

John Podesta, who ran the Clinton campaign, told Reuters “the report demonstrates beyond doubt” that Comey was unfair to Clinton by announcing developments concerning the email probe in the heat of the campaign while not revealing the existence of the Russia probe, launched in late July 2016.

Comey defended his actions in an op-ed published in the New York Times after the report was released.

“In 2016, my team faced an extraordinary situation — something I thought of as a 500-year flood — offering no good choices and presenting some of the hardest decisions I ever had to make,” Comey wrote.

The report sharply criticized Comey for violating Justice Department policies and accused him of usurping the authority of then Attorney General Loretta Lynch when he held a news conference in July 2016 and announced there was insufficient evidence to charge Clinton with a federal crime over her use of a private server.

Comey said Lynch forced his hand when she did not recuse herself from the Clinton probe, even after a June 2016 meeting with former President Bill Clinton aboard her plane raised concerns she was conflicted.

Thursday’s report found that while Lynch did not discuss the email investigation with Bill Clinton, she failed “to recognize the appearance problem” created by the meeting and did not try to cut the meeting short.

Lynch in a statement called the report “thorough and in depth” and said it “upholds my fidelity to the rule of law” and “affirms that my actions had no political motivation or bias.”

Trump and his allies have accused a clique of FBI and Justice Department officials of working against Trump.

The Horowitz report was highly critical of Peter Strzok and Lisa Page, two FBI staff members who exchanged highly charged political messages, finding their texts cast a cloud over the FBI and created the appearance of bias.

In one newly released email from August 2016, Page wrote to Strzok asking “(Trump’s) not ever going to become president, right? Right!”

The report criticized the FBI for a one-month delay between the time new Clinton emails were found on Sept. 26, 2016 and when the FBI finally got a search warrant to review them to search for new evidence in late October as the election loomed.

Strzok was among a number of FBI employees who failed to act promptly, the report said.

“The FBI’s inaction had potentially far-reaching consequences,” the report says, noting there were no persuasive arguments to explain the delay.

The report added that the inspector general’s office was very concerned about a decision to prioritize the Russia investigation over following up on the Clinton probe in light of the new emails.

Strzok’s lawyer Aitan Goelman said the report, while flawed in some conclusions, found no evidence that his political views had an impact on the Clinton probe.

Wray said Thursday that some of the conduct highlighted in the report has been referred to the FBI‘s disciplinary arm for possible action, but declined to say how many employees could face repercussions.

Greek Minister of Foreign Affairs Nikos Dendias on Monday morning is meeting with U.S. Secretary of State Mike Pompeo in Salonica, according to an...
Read more
Local

A young Portuguese couple riding a quad bike on Sunday afternoon fell off a cliff in the Akamas region and are both in serious condition...
Read more
Local

Cats have been poisoned and abused again at the Pancyprian Gymnasium area in old Nicosia and the Association for the Protection and Welfare of...
Read more
World

A male migrant died of COVID-19 late on Sunday, the first reported death of an asylum seeker since the pandemic broke out in Greece in late...
Read more

Greek Minister of Foreign Affairs Nikos Dendias on Monday morning is meeting with U.S. Secretary of State Mike Pompeo in Salonica, according to an...
Read more
World

A male migrant died of COVID-19 late on Sunday, the first reported death of an asylum seeker since the pandemic broke out in Greece in late...
Read more
World

Greece has called on Turkey to condemn and investigate what it said was an insult to its national flag on the Greek island of Kastellorizo. Greek...
Read more