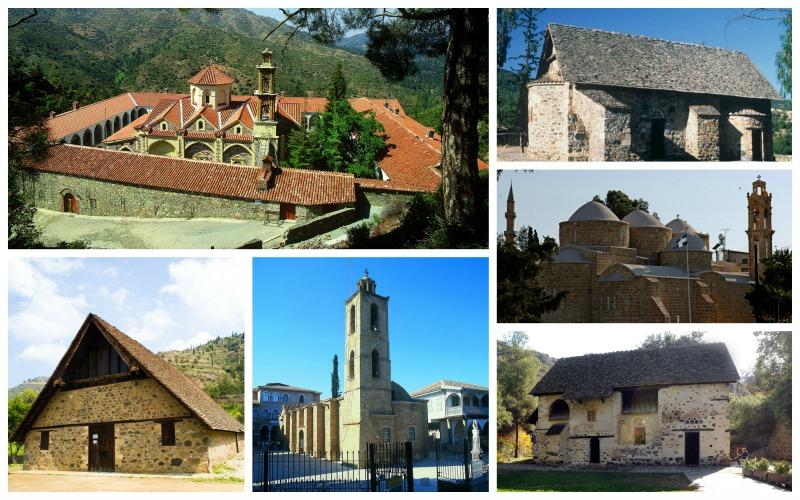 This route starts from Kato Deftera and the Spileo (cave) of Panayia tis Chrysospiliotissas with frescoes of the 14th century where a large festival is held on August 15. The Nunnery of Ayos Erakleidios is situated in Politiko. The next stop is the renowned Μonastery of Panayia tou Machaira, one of the island’s most significant monasteries built in the 12th century with funds from Byzantine Emperors. Stop off in nearby Fikardou to admire the folk architecture. The village was declared in its enterety as an ancient monument by UNESCO. In Palaichori, the route passes from the Church of Panayia tis Chrysopantanassas in the centre of the village and the Εcclesiastical museum located very near the church. The Church of the Μonastery of Ayios Panteleimonos Acheras, with interesting icons and a wood carved iconostasis characteristic of ecclesiastical art under Ottoman rule, is to be found in Agrokipia.