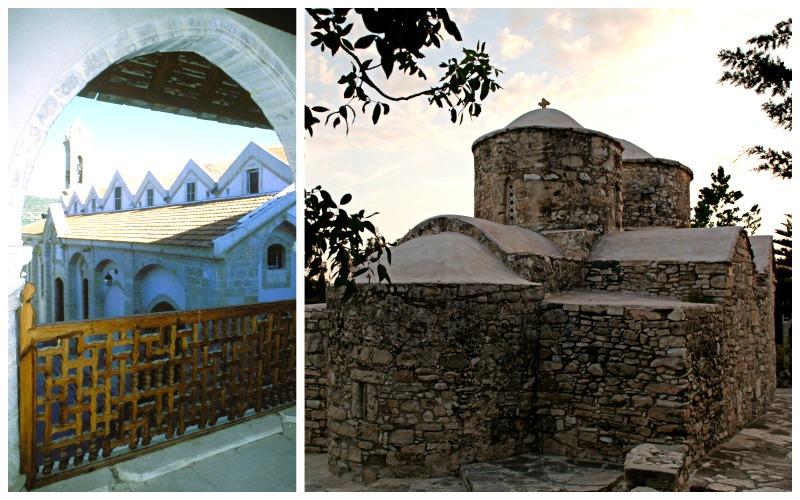 This route starts from Cyprus Mediaeval Museum, which is located inside Limassol Castle and with its exhibits covers a period of approximately 1500 years. The next stop is at the Church of Agios Efstathios in Kolossi, which dates back to the 12th century and the interior of which houses significant frescoes of the 15th century.
In the picturesque village of Omodos there is the Monastery of Timios Stavros, which according to tradition was established by Ayia Eleni. It is here that “Ayios Kannavos”, that is, a piece of the rope which tied Jesus Christ on the Cross is kept. The Church of Ayia Mavri, located in Koilani, used to be a small monastery while the Church of Monogenous is the second parish church of Kilani and dates back to the 17th century. The Church of Panagia also hosts the Ecclesiastical Museum of Kilani. Τhe last stop is at the Church of Τimios Stavros in the village of Kouka, which dates back to the 12th century with frescoes of the 14th and 15th centuries.

Limassol’s second route starts from Pano Polemidia and the Church of Αgia Anastasia, which is the cluster of two separate churches and have frescoes of the 15th as well as the 17th centuries. In Monagri village, there are many significant churches such as the Monastery of Panagia tis Amasgou with excellent samples of the 12th, 13th and 16th centuries. The Μonastery of Archangel west of Monagri village, has been reconstructed and is used as a Fine Arts school. The Church of Αgios Georgios, also in Monagri, is the parish church of the village and has frescoes of the 15th century. The Μonastery of Timios Stavros, in Kouka village, dates back to the 12th century and is the only building amongst a series of monastery buildings which survives to this day. The last stop of this route is at the Μonastery of Timios Prodromos in Mesa Potamos; its date of establishment is not known, however, it has been recently reconstructed revealing frescoes of the 15th century.
3rd Local Route