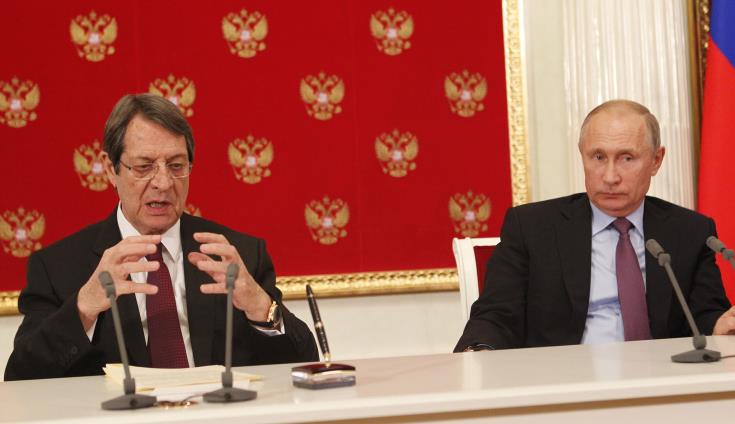 Russia’s President Vladimir Putin and Cyprus President Nicos Anastasiades referred to the  close relations between Cyprus and the Russian Federation during a meeting on the sidelines of the Belt and Road Forum, organised in Beijing by the Chinese government.

A Presidency statement said that during the meeting, Putin, speaking through an interpreter, noted relations between Cyprus and Russia are based on “mutual respect. We have an excellent dialogue and remain in contact and have fine economic relations. Commerce increased by 154%”, he said, adding that more emphasis should be given on increasing direct contact with business people from both countries. He said that relations are developing positively.

On his part, Anastasiades said relations are increasingly strengthened and there is no doubt that Cyprus is grateful for Russia’s longstanding support on the political and economic level. Equally important is the military assistance that Russia gave to Cyprus when others refused to sell armament to Cyprus for its basic defence.

The President noted Russia’s decisive stance on the Cyprus issue, adding that knowing the excellent relations developing between Russia and Turkey, “I believe Russia’s intervention might prove more effective in efforts to solve the Cyprus problem”.