Reinforcements sent in as fire near Pachna continues to rage 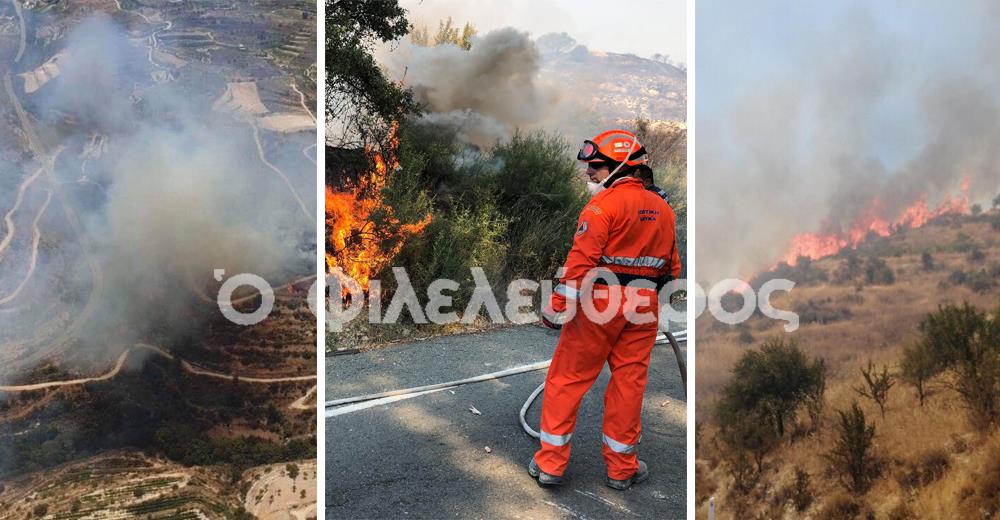 Reinforcements have been sent in to boost fire fighters trying to contain a fire which has been raging near Pachan since around 11.40 am on Monday.

For precautionary reasons, Kisousa’s 10 residents have been evacuated.

The Limassol-Kantou-Platres road  which had closed near the village of Kissousa because of the fire earlier .in the afternoon reopened around 7.30p.