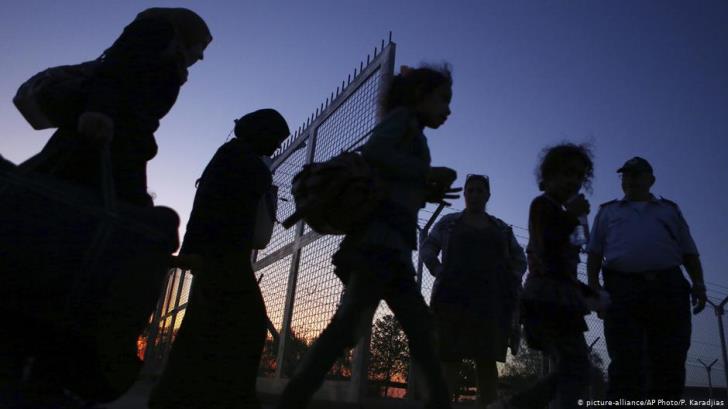 While Cyprus has enforced stringent measures to contain the spread of Covid-19, NGOs says that refugees and immigrants are left uninformed, without the necessary precautions against the virus or access to healthcare if they contract it, philenews reports.

Executive Director at NGO Caritas Elisabeth Kassinis told philenews that the state did not consider that segment of the population when planning for the virus, explaining that there is no dissemination of relevant information or provision for healthcare to asylum seekers.

She said that in the information aspect of the issue there is a language barrier as the majority of asylum seekers speak French, Arabic, Kurdish and other language and there is no information on the virus in their language.

“No-one at 1420 speaks these languages so there is no way to communicate,” she said.

Kassinis added that as in recent days new asylum applications have been suspended, many foreign nationals who arrived in Cyprus recently are staying in parks or in the street.

She mentioned one incident where three foreigners with a fever reached out to Caritas and she called 1420 to report it, and was told that the foreigners would be sought out within 2-3 days to be examined. However, the issue remains, she said, on how people living in streets and parks would be located.

“Asylum seekers are also not registered with Gesy, therefore they don’t have access to the healthcare system.

“There is therefore a ‘lost’ population who might get sick and has no way of communicating or to receive necessary care,” she concluded.

“There are 17,000 immigrants in Cyprus, many of whom are illegal. How will they stay informed and what will they do if they get sick?” she told philenews.

Christofidou said that when she raised the issue with an official at the Ministry of Interior, they replied that instructions have also been issued in English.

“So the government washes their hands of this?” she said.

She mentioned that many foreigners are ‘crammed’ together in crowded flats. “What will happen if one of them gets sick and how will they be informed on the measures?” she said.

Cyprus Stop Trafficking runs two shelters, one housing victims of human trafficking and the other underage girls with or without babies. The former currently accommodates eight people and the latter two underage girls and five that have just reached adulthood.

Social Welfare services, Christofidou said, don’t have the infrastructure to take in underage pregnant girls arriving in Cyprus or underage girls with children, a task undertaken by the charity which is staffed by volunteers and expenses are covered by the state.

These women, she said, are not registered with Gesy. “What will happen if one of them gets sick? If anything happens to them, I won’t know what to do,” she said.

She concluded by calling on the government to approach the NGOs caring for refugees and migrants in Cyprus, like Caritas and KISA, and supply them with written material in many languages to disseminate to this segment of the population.

Meanwhile, Natassa Georgiou from the Kofinou Volunteers Platform sounded the alarm for overcrowding at the Kofinou refugee reception centre and the lack of measures against Covid-19, calling on the competent ministers through an open letter to take action to protect public health at reception centres.

She said that the safety distance of one person per 8 m2 is not adhered to, as both centres are overcrowded.

“We have also been informed that the centres will be burdened even further as you (the government) have given instructions for asylum seekers and refugees to vacate hotels and brought here,” she wrote.

“We are also very concerned that the vulnerable residents at the centres are not singled out, nor are any measures taken to accommodate their needs.

“Preferential treatment at the expense of asylum seekers and refugees observed at this time violates EU equality law as well as international refugee law.

“The solutions we propose are for those refugees staying in hotels to remain there and also move to hotels residents of the centres, which are empty during this period, as was done in the past due to chickenpox.

“We would like to be informed on the measures you intend to take to alleviate the problem created by overcrowding in the centres and to ensure compliance with the regulations announced by the Ministry of Health against Covid-19.

“If one of the residents of the centres contracts the virus, it will be a matter of hours for it to be transmitted in an uncontrolled manner.

“The government’s refusal to protect the inhabitants and staff of the centres against the spread of Covid-19 concerns the whole of society, not just asylum seekers and refugees.

“Under the current conditions in the centres, our volunteers are unable to support the residents, which worsens their living conditions,” the letter concluded.