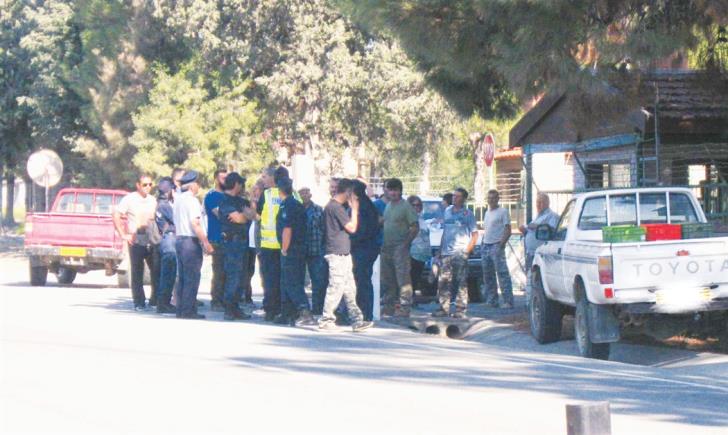 “Of course, the Government’s decision to create a hosting unit in Zygi for minors and unaccompanied children of refugees residing in Cyprus still stands”, Minister of Labour and Social Security, Zeta Aimilianidou said, referring to yesterday’s reaction of the community’s inhabitants.

Around ten employees of the Department of Public Works who where attempting to carry out maintenance work in a former army camp of the State where the centre is to be hosted left the premises at around 11 yesterday morning.

They were faced with fierce rejection and aggression by a number of the community’s inhabitants, and as a result resorted to the Zygi Police Station for protection.

“I believe in the average Cypriot citizen. We have no choice but to materialise this project. We are in danger of losing our European funding. It is a project that has been ratified and this ratification has been confirmed by Cabinet,” said the Labour Minister, who spoke exclusively to Phileleftheros newspaper. She also expressed her great sadness for yesterday’s incident, and expressed her conviction that there could be no such incidents when children are there, in the centre.

After the incident, Emilianidou stressed that the works (the maintenance of the space in order to accommodate children) will proceed. This was also confirmed by the Minister of Transport, Communications and Works, Vasiliki Anastasiadou, who also expressed her determination that the Public Works should proceed with their work, as well as her “sadness for yesterday’s incident”.

Yesterday’s incident is essentially a continuation of a controversy between the Community Council of Zygi and some of its residents with the Government, who is planning to transform the old army camp into a hosting unit for minors and unaccompanied children of refugees, of which an overwhelming majority comes from the civil war in Syria.