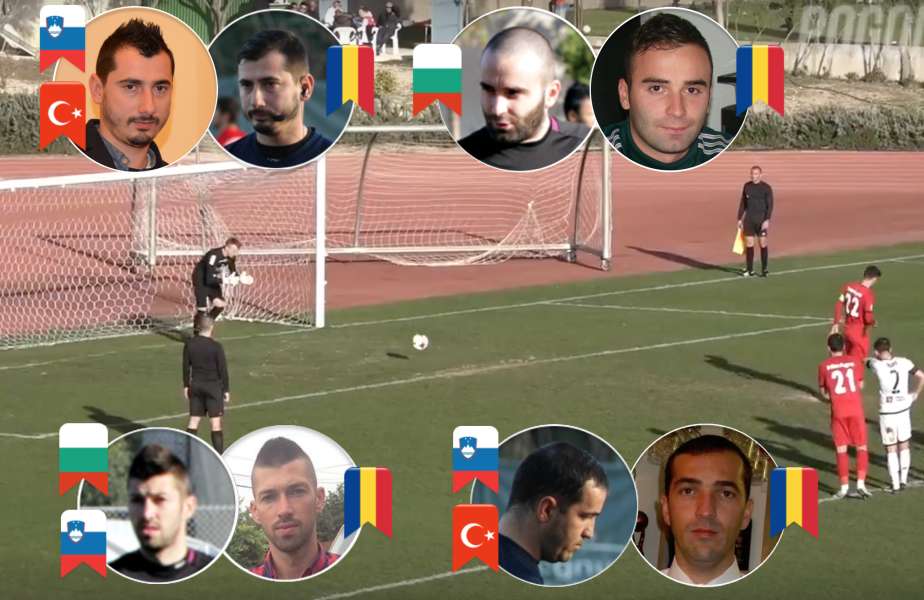 Two referees confessed to fixing international football matches in Cyprus between 2016 and 2018, the Romanian investigative reporting website, the Black Sea, reported on Monday.

According to the Black Sea, at least 32 allegedly fixed football friendlies were organised in Cyprus, between 2016-2018, by a Famagusta-based company.

The games were officiated by fake referees who were part of a match-fixing network involving agents, investors and players, Black Sea reports. It said five of the ‘referees’ were not trained referees, but former and active football players.

Starting from January 2016, at least eight individuals from Romania, Portugal, and Latvia came to Cyprus to officiate friendly matches, the report said.

“I had to have money badly,” Alin Stoica, a 30 year old Romanian defender who was involved in the scandal, told the Black Sea. “My parents were in Turkey where my father was undergoing treatment for cancer. He was terminally ill. The doctors in Romania told him he had only two months left to live. The Turkish offered us hope and told us he had 60 percent chance of survival. My father went there for immunotherapy and radiotherapy, but it cost us €40,000.”

Stoica said that he was contacted by a man from Ukraine who called himself Igor, who asked him if he could officiate some games and find referees to officiate others.

‘Igor’ promised Stoica €500 for each referee he could source. The defender convinced two Romanian lower league officials, Alex-Daniel Tunaru and Valentin George Erghelie, to sign up. “I asked for my €1,000 but Igor told me to come to Cyprus with the boys. I went there as I didn’t have a team.”

When he arrived, Igor turned out to be the Latvian centre-back Kirils Grigorovs, then 24 years old, who gave him €1,000.

The Latvian defender told Stoica there was more money to be made in Cyprus, and, if he wanted a further €500, he could pose as an assistant referee.

That winter Stoica stayed in Cyprus, masquerading as an official. “Kirils was very happy after one particular match where we refereed,” says Stoica. “I think they won their bets.”

According to Stoica, the so-called referees used to come to Cyprus using fake documents and posing as Slovenians, English or Bulgarians. He says that often they had to change the way they looked, by shaving their hair or growing a mustache.

“I clearly felt during many of the games that the teams were aware of the fix,” says Stoica. “That’s why we didn’t need to do anything wrong. They [the defenders] let the opponents dribble or make blatant fouls. I’m a football player and I know when something fishy is happening. Probably, they fixed it themselves. We, the referees, were an insurance policy in case the fix got out of control. During one game, a Serbian player kept asking me: ‘Brother, brother, what will be the score? 0-0?’. He was laughing.

Fifteen teams from Russia, three each from Poland and Cyprus, two each from Serbia, Czech Republic and one each from Switzerland, Belarus, Slovakia, Moldova, Romania, Ukraine, Bulgaria, Latvia and Hungary, participated in the friendlies.

The Cypriot teams that participated in the suspected games are AEL U-21, Karmiotissa and Aris Limassol U-21.

The Famagusta-based company, Black Sea says, “is strongly suspected to be connected to Eric Mao, a 36-year-old FIFA agent and club investor from China.” The company’s director is a Greek Cypriot.

Most of the individuals who officiated the games have played in clubs with with Mao had financial ties with.

“Through his company Anping, Mao has been an investor in minor league clubs in Europe for over four years, and his entourage has been involved in match-fixing scandals in Ireland, Latvia, the Czech Republic and Romania.”

Anping has been named as a “front for illegal match fixing operations” according to an investigation by the Qatar-based International Center for Sports Security (ICSS) seen by EIC Network, which calls Mao “a senior match fixing organiser and leader of a Singaporean match-fixing syndicate”.

One of the ‘referees’ who confessed his involvement to Black sea is a Latvian national, who had played for Latvian side Jurmala FC, before its collapse in 2015 following a match-fixing investigation.

The club owner in the final season was a Greek agent who had also recommended to a second former Romanian player to take part in the friendlies.

The Cypriot-based company arranged travel, logistics, accommodation, translation and even laundry for teams training in Cyprus and abroad or taking part in friendlies or official fixtures.

Another of the eight “referees” told the Black Sea: “I see that the past is chasing me. I cannot get the time back to repair what I did wrong.” he says. “We went there and lodged in Airbnb apartments. We didn’t pay for anything. Flight tickets, everything was already paid. We had to follow instructions during a few games.

“What did I have to do? I had to disallow a goal, stuff like that. We let one team score when we needed a goal. I think there were two or three games in which we did bad things. There were other games during which we didn’t need to do something wrong. The score was exactly as we wanted to be.”

“Since then, I have lived in fear. I sometimes dream about the police looking for me.”

Read the full article and see a list of the suspected games and persons involved here.