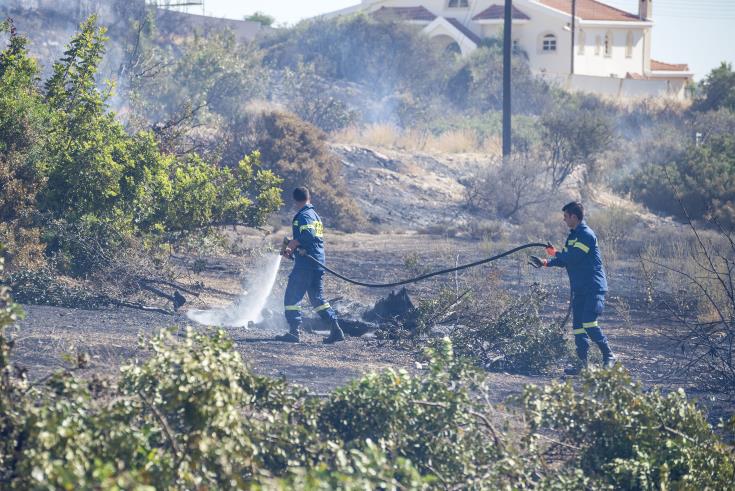 The Forestry Department warned today that the danger of wildfires is on “red alert” as Cyprus suffers temperatures as high as 41 C and high dust levels.

In a press release announcing the “red alert” level the Forestry Department calls on the public to avoid all activities which could possibly cause a fire and appeals for everyone’s cooperation.

It reiterates that citizens who become aware of either smoke or fire should call the numbers 1407 or 112.

In the meantime, the Meteorology Department issued yesterday a yellow warning for today, saying that temperatures between 11 am – 4 pm are expected to reach 40 C.

In a weather bulletin issued early today it said temperatures would reach 41 C inland, 35 C in the southern and eastern coastline and 30 C in the west and north coastline and 31 C in mountainous areas.

The Labour inspection office has also warned that dust levels are high and has urged vulnerable groups of the population such as children, the elderly and the infirm to avoid open spaces until the phenomenon has passed.

It has also called on employers to take the necessary steps for the protection of their employees who work in open spaces.