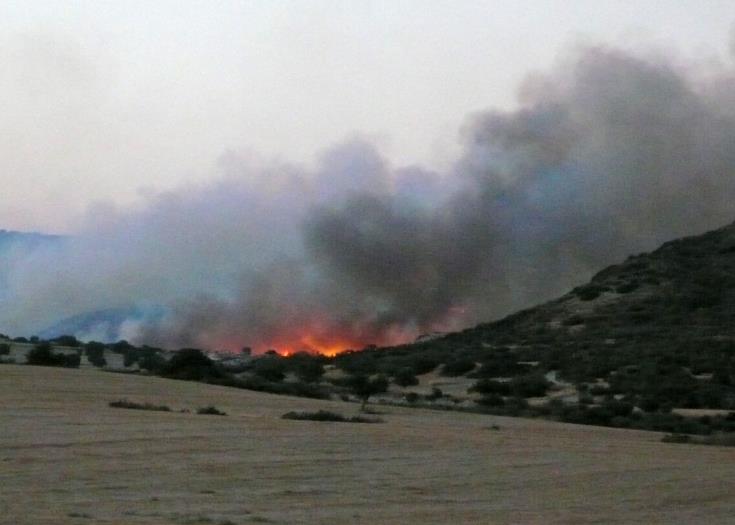 The Forestry Department has issued a red alert for forest fires on Sunday.

It stressed that it is prohibited to light a fire without permission and to throw cigarette butts and lit matches in forests or at a distance of two kilometres from state forested areas.

The department appealed to the public to be extremely vigilant during their outings, avoiding actions or activities that might cause fires, such as the use of tools or farming equipment that emit heat, sparks or a flame, including an emery, oxygen welding and welding.

If you see smoke or fire anywhere, call 1407 or 112, the announcement concluded.