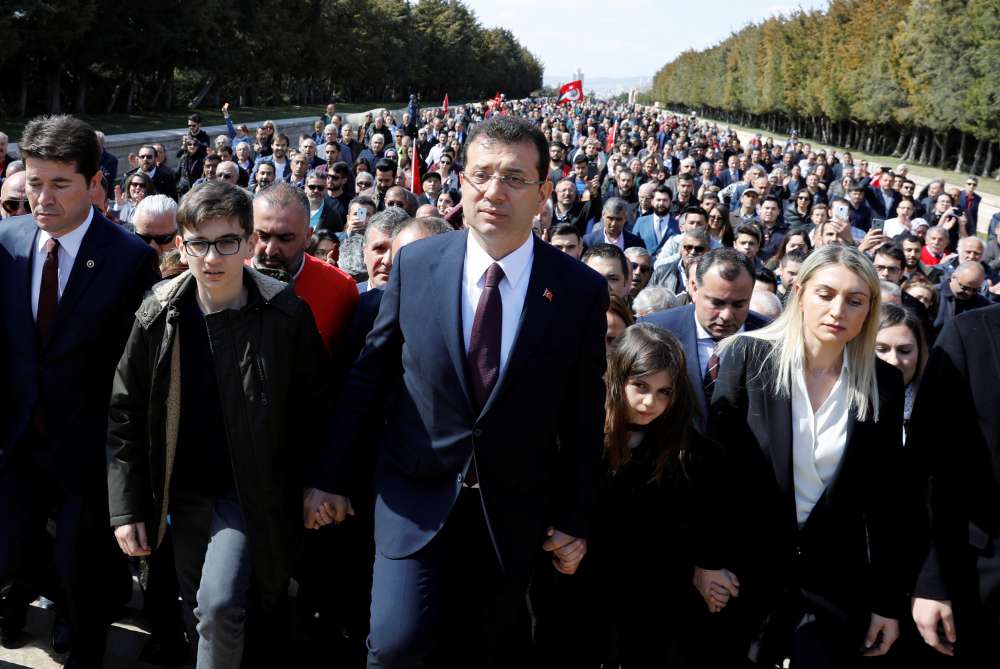 Turkey’s main opposition candidate in Istanbul said on Thursday a recount of Sunday’s local election votes was partially complete and the difference between him and the ruling AK party candidate remained around 20,000.

In Istanbul, CHP candidate Ekrem Imamoglu, and his AKP rival, ex-prime minister Binali Yildirim, both said on Monday that Imamoglu was about 25,000 votes ahead, a very slim margin in a city of some 15 million people.

However the AKP submitted objections to election results in all districts of Istanbul and Ankara, saying the results had been impacted by invalid votes and voting irregularities.

On Wednesday, Turkey’s High Election Board (YSK) ruled in favour of a recount of votes in 18 of the city’s 39 districts, while the AKP said the difference was narrowing as the recounts continued.

Speaking to reporters in Istanbul’s Gungoren district on Thursday, Imamoglu said that recounts had been completed in nine or ten districts, and urged the YSK to respect its regulations during the counting process.

In the capital Ankara, the YSK ordered the recount of votes in 11 districts, after the AKP objected to initial results that saw opposition candidate Mansur Yavas defeat his AKP rival, former minister Mehmet Ozhaseki, by nearly 4 percentage points.

If the initial results are confirmed, the CHP will gain control of municipal budgets with an estimated total value of 32.6 billion liras ($5.79 billion) for 2019 in Istanbul, Turkey’s commercial hub, and the capital Ankara.

Erdogan – who campaigned amid almost total media domination for the AKP – would likely lose some oversight for local contracts in the two cities, possibly complicating his efforts to drag the Turkish economy out of recession.

While official results have not yet been announced, Erdogan has said his alliance won the majority of municipal councils across Istanbul and Ankara. The AKP has said this was a sign of irregularity in the vote count.

The CHP has said that a recount would not change the outcome of the elections, and Imamoglu on Wednesday called on the YSK to “do its job” and mandate him as Istanbul’s elected mayor.

“I just keep on laughing at this whole process, but at least the people are finally smiling,” Imamoglu said on Thursday.