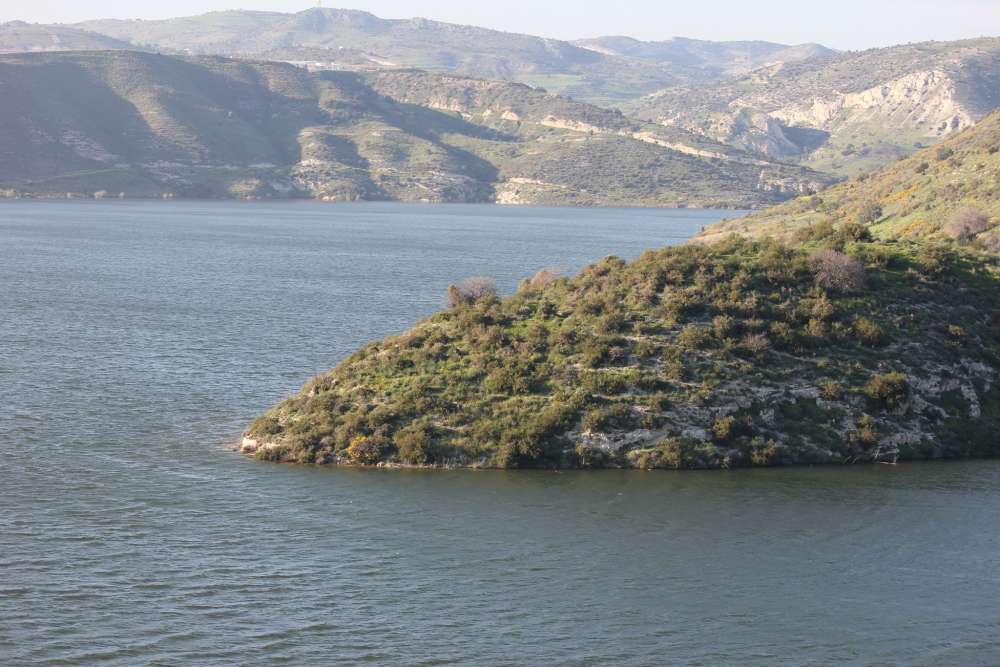 The island’s dams have received a record amount of water in October, bolstering already ample stocks as a result of last year’s abundant rains.

Figures released by the Department of Water Development show that in October — the first month of the hydrological year — a total of  2,430 mcm (million cubic metres) flowed into the dams — three times that of October last year and twice the 1,160 mcm of October 2009 — which was the previous 10 year record.

Dams are now 80.1% full, a welcome change from last October’s depleted levels of 12%, thanks primarily to last year’s record inflow  of 265,042 mcm — nearly half of the total quantity flowing into the dams in January 2019.

The biggest dam, Kourris which accounts for nearly a third of total capacity is now 85% full, Asprokremmos the second biggest dam is 86% full and Evretou the third largest is 78.4% full. The smallest dam, Kalopanayiotis, is already 100% full, the figures show.

Authorities have nevertheless made a point of reiterating calls not to waste water, reminding consumers to remember the extended periods of drought which had depleted stocks to worrying levels. 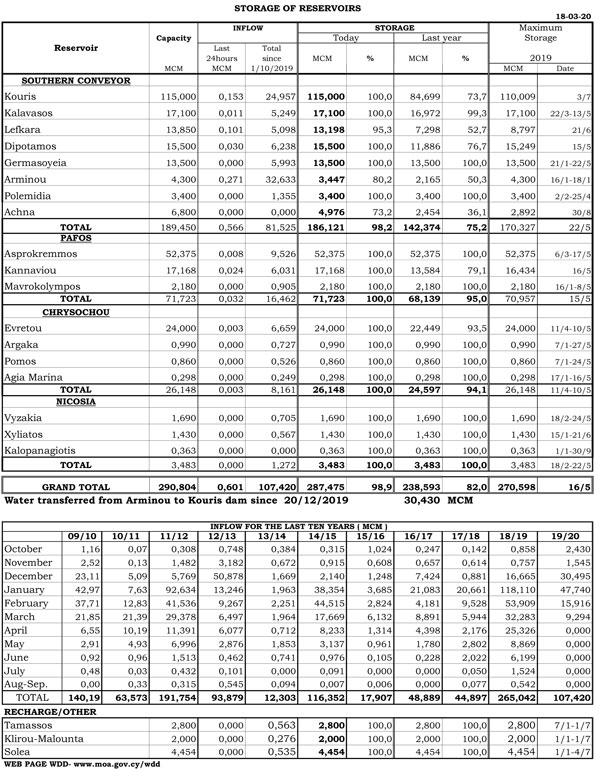