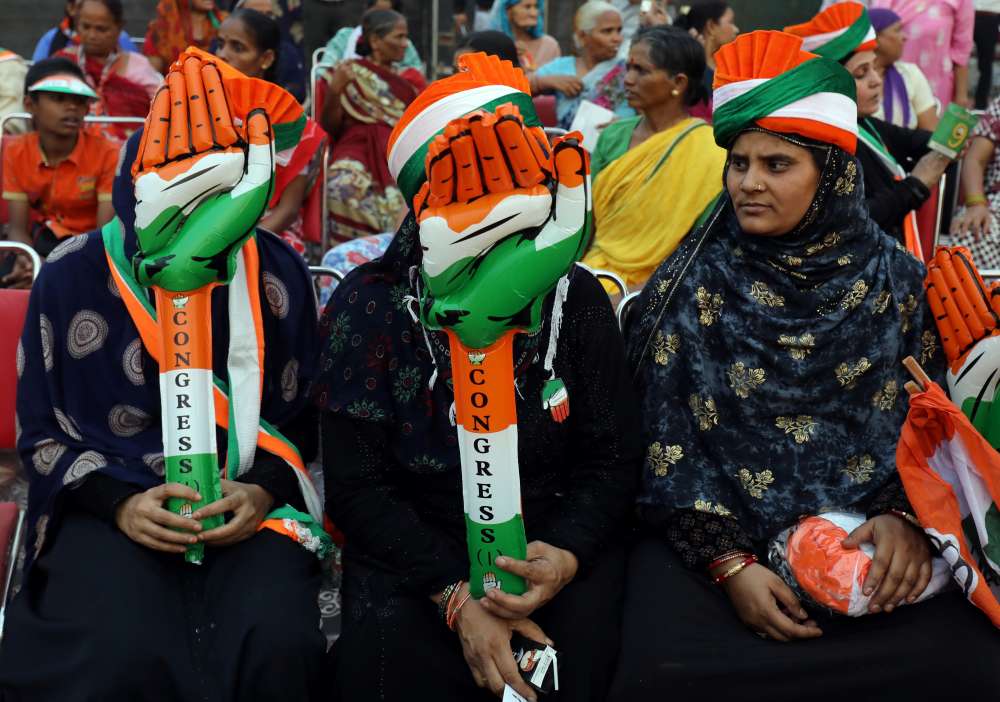 A record number of women are set to enter India’s parliament after a marathon election that returned Prime Minister Narendra Modi to power, initial results showed on Friday.

With most of the counting complete, 78 of the 542 seats in the lower house of parliament were on course to go to women candidates – a record high in the world’s largest democracy, but still well below the global average of nearly one in four seats.

India was one of the first countries to have a female leader, but more than five decades after Indira Gandhi became prime minister, women’s participation in politics remains stubbornly low.

“There is a myth that women candidates will lose and that is not true,” said Sasmit Patra, spokesman for the Biju Janata Dal party, which fielded seven women candidates from a total of 21 in the eastern Indian state of Odisha.

Among its successful women candidates is Pramila Bisoy, 70, who spent years helping rural Indian women set up small businesses and said she never imagined she would enter parliament.

“Now that I have won, I will speak to the other leaders about the problems of my region,” she told the Thomson Reuters Foundation on Friday.

Almost half of India’s 900 million voters are women, and both Modi’s ruling Bharatiya Janata Party and the opposition Congress Party appealed heavily to female voters in their election campaigns.

Female voter turnout has historically been low, but this year for the first time women turned out in roughly the same numbers as men at about 67%.

The proportion of women in the lower house now looks set to rise to 14% – two percentage points higher than before the elction, but still well behind neighbouring Pakistan and Bangladesh.

“Wherever the dominant party has fielded women, they have won,” said Tara Krishnaswamy of Shakti, an organization campaigning for more women in parliament.

“This proves that gender is not an inhibitor to proper representation of women in the parliament,” she said.

Among the biggest upsets in the election was scored by Smriti Irani, a BJP candidate who defeated Congress leader Rahul Gandhi in Amethi – a bastion of the Gandhi family for decades.

BJP women’s wing president Vijaya Rahatkar described it as a “symbolic” win that showed voters did not see female candidates as lesser.

By In Cyprus
Previous articleGreece and Turkey recognise the need to avoid an “accident” in the Aegean, Greek PM says
Next articleChief Returning Officer gives final instructions for European Elections