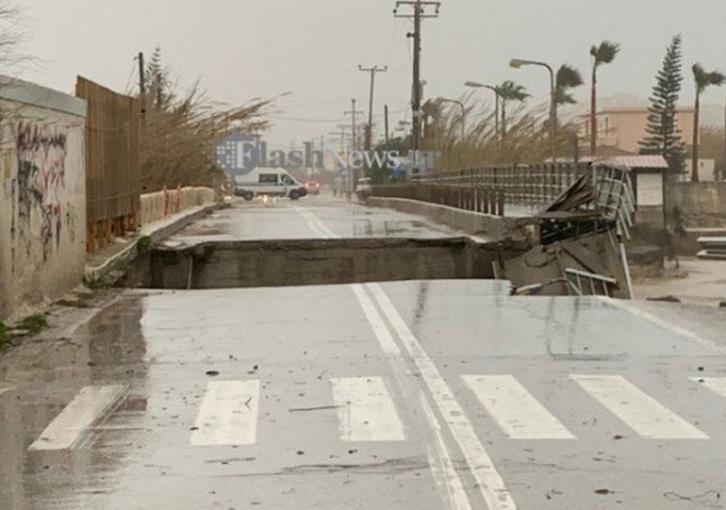 Greek authorities on Tuesday found the body of a 60 year old farmer who was reported missing in Crete after days of cold, torrential rain and gales.

The body was found about 10 km from the spot where the car was swept away on a rural road near the Vatoudiaris River in Crete.

Crete, Greece’s southernmost island and one of its top tourism destinations, has been hit hardest by storms battering the country over the past few days, with roads, buildings and infrastructure damaged across the island and rivers flooding.

More than 30 firemen assisted by volunteers and divers were combing a flood-swollen stream for a farmer whose car was swept away on Monday. “It’s been raining for six days non-stop, I mean (a) storm, not just rain, an incredible amount of water,” said Nikos Lagoudakis, a senior fire brigade official.

Infrastructure ministry officials and experts travelled with a helicopter to Crete on Monday to assess the extent of the damage. Regional governor Stavros Arnaoutakis said damage could reach dozens of millions of euros.

In 2017, devastating flash floods following torrential rain killed at least 15 people and made scores homeless in towns west of the capital Athens. A wildfire in July that year killed 100 people in the seaside resort of Mati near Athens.