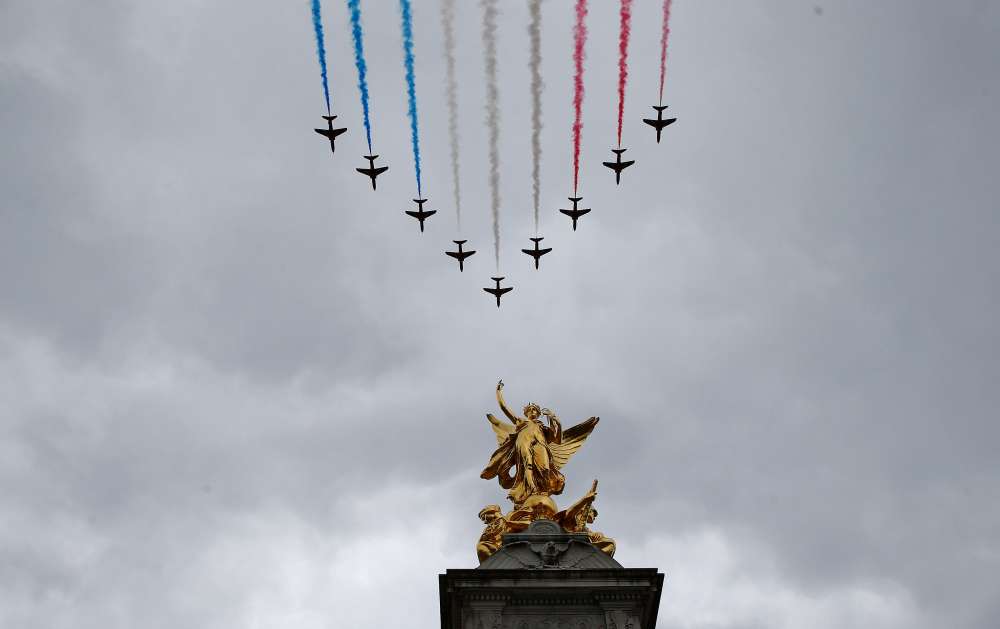 Thousands of people lined the palace approach in central London, to watch a ceremony hosted by the Queen and culminating in the historic flypast of bombers, old and new, along with spy planes, helicopters and transporters.

The Queen watched Typhoons form the shape of the number 100 in the sky, before the Red Arrows, the RAF’s aerobatic team, concluded the show, vapour-trailing the red, white and blue of the Union Jack flag.

Heir to the throne Prince Charles and his wife Camilla, his son Prince William and wife Kate, and Prince Harry and his wife Meghan, all joined the queen on the palace balcony for the display.

Charles and William both served as RAF pilots. 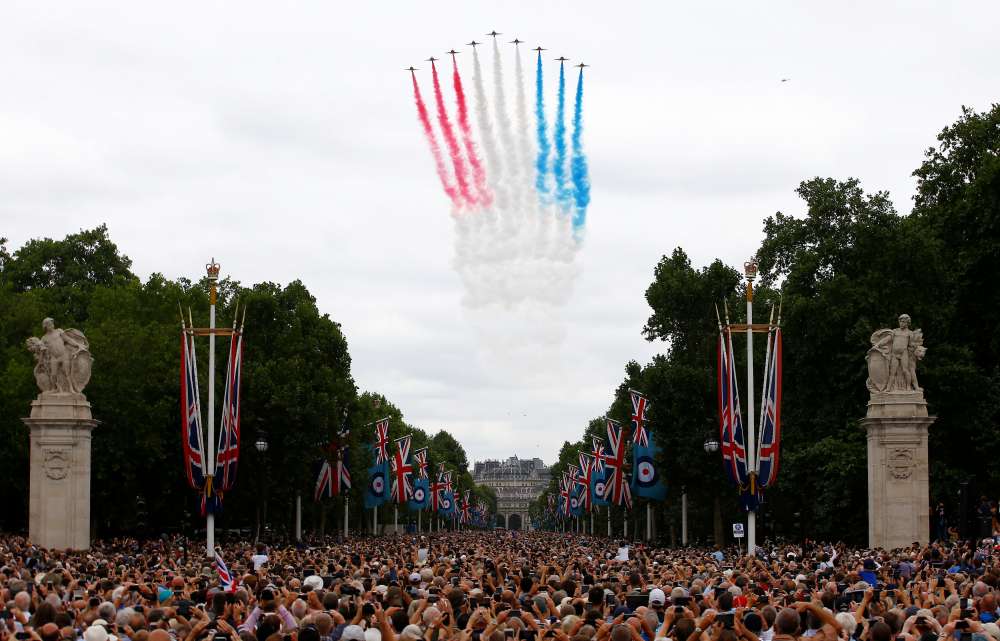 The tribute to the RAF, which became the world’s first independent air force when it was founded as a separate entity from the British Army and Royal Navy in 1918, began with a service at Westminster Abbey.

The queen, dressed in a royal blue outfit with turquoise edging, later hosted a ceremony to present the RAF with a new Queen’s Colour, at which she recognised the service’s work.

“Tenacity, skill and gallantry have been your hallmarks,” she said.

“I remember the Battle of Britain being fought in the skies above us and we shall never forget the courage and sacrifice of that time,” she added, referring to the decisive encounter between the air forces of Britain and Nazi Germany over southern England in 1940.

Some of the veterans were due to attend the celebrations on Tuesday, including Wing Commander Paul Farnes, who flew in the Battle of Britain, and Air Commodore Charles Clarke who was shot down over Germany during the war.

By In Cyprus
Previous article‘Oldest known extract’ of Homer’s Odyssey discovered in Greece
Next articleNGOs: Increasing number of asylum seekers in Cyprus without shelter