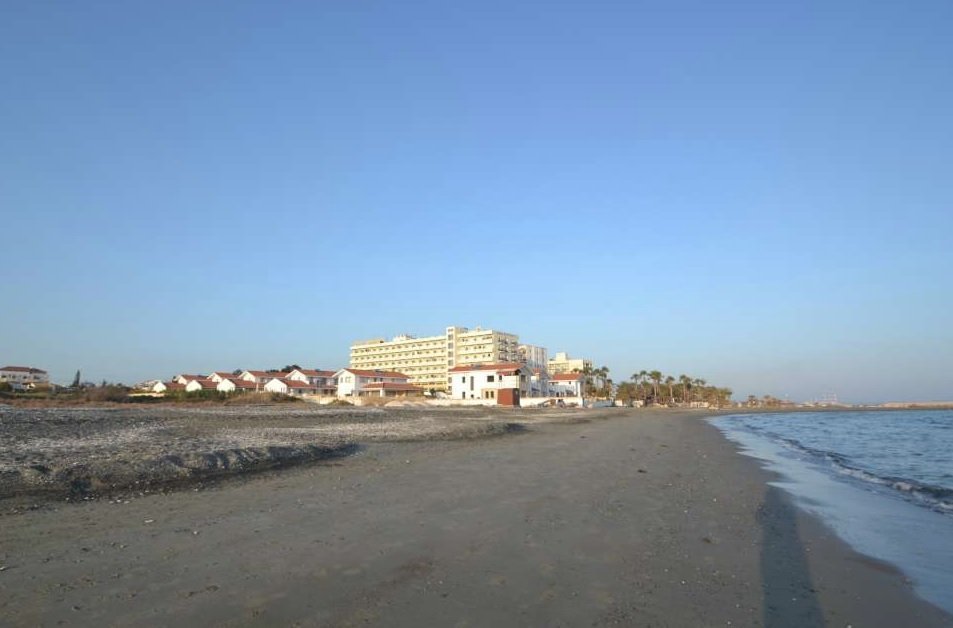 Pyla is a village built northeast of the city of Larnaka. It is a community with a rich history and significant archaeological sites.

While strolling around Pyla, you will get to see important archaeological sites, a medieval tower, the Fork Art Museum, the Turkish Cypriot Mosque, the Cultural Centre, the old Police Station, as well as a beautiful beach offering several facilities. So, let’s get to know more of the village

The area of the village appears to have been inhabited ever since the ancient times and more specifically during the Early and Middle Bronze Age (2400-1700 B.C.) as it is proven by the archaeological excavations which took place in the area.

During the same period, that is the medieval years, a tower with a hanging bridge or a wooden staircase was constructed and is still standing today. The tower of Pyla, along with the other towers-observatories of the Larnaka bay, used to guard the area. In 1425, when according to Leontios Machairas the Saracens attacked the area, two of them attacked Pyla and other neighbouring villages.

As it has already been mentioned, the village was once royal property. This happened during the Frankish occupation. However, later on and more specifically during the Venetian period, the village became state property and was confiscated by the Turks in 1570-71. At that time, Turks came and settled at the village without however managing, as the Great Cyprus Encyclopaedia explains, to displace the Greek residents like they had done in other villages. Thus, the village became and remained mixed even after the Turkish invasion. 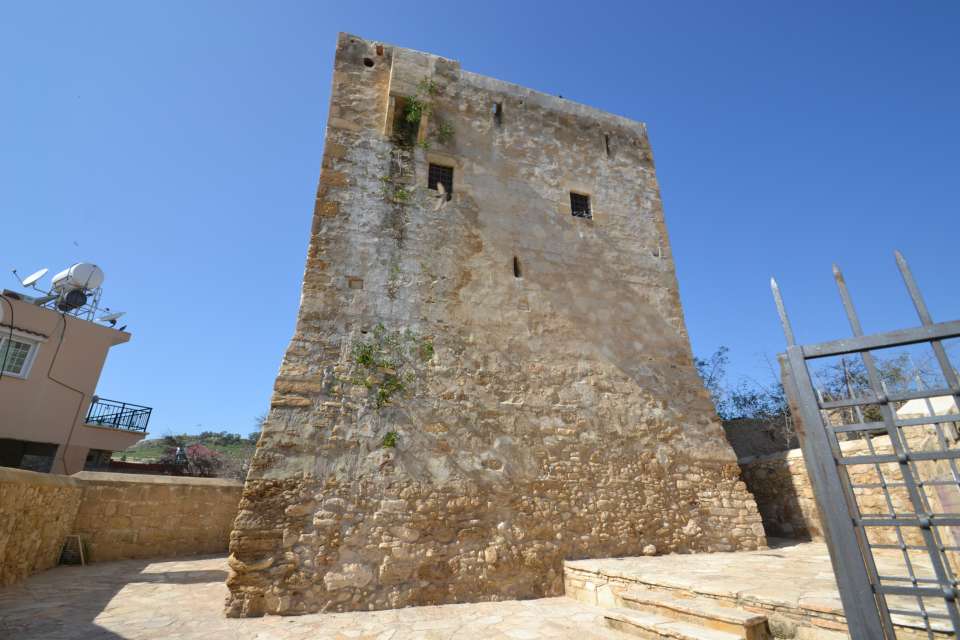 Set amidst an expanse of greenery, the sands are fine grey and the clean waters are calm and shallow, making the beach popular with all, including families with small children.

Facilities include toilets, showers, changing rooms, sun beds, umbrellas, a children’s playground, beach volleyball and beach tennis courts, beach bars and water sports. Beach tennis tournaments are held on the sands, and beachgoers can watch the regular summer events – and sometimes participate in them. There are also a variety of restaurants, bars, cafes, kiosks, convenience stores and accommodation along Dhekelia Road.

Lifeguards with lifesaving equipment and first aid services are stationed at the beach from June – October, 10:30 – 18:00.

Access is easy by foot, bike, bus or car, with car-parking facilities.

The Tomb of the King

Courtesy of the Community Council of Pyla

The area of the village of Pyla appears to have been inhabited ever since the Early and Middle Bronze Age (2400 – 1700 B.C.). The housing and cemeteries of that area are probably located south of Pyla and near the coast as the residents of that area, similarly to those of other coastal areas, tried to develop maritime commerce.

Locations of housings and cemeteries oft he Late Bronze Age (1700-1125 B.C.) were identified during excavation works which took place in the south of Pyla, including an excavation conducted by the Department of Antiquities and more specifically by archaeologist PorfyriosDikaios. This excavation brought to light carven tomb chambers at the locations of “Verki”, “Koukoufouthkia” and “Steno”. What is noteworthy is that these tombs contained a wealth of findings, while excavations at the location “Verki” revealed, apart from a cemetery, a housing as well.

At th eend of the Late Bronze Ageand more specifically in 1230 B.C,a housing was established at the location “Kokkinokremmos”, which was however abandoned in 1190 B.C. The excavation at the housing was started by Porfyrio sDikaios and continued by Vasos Karayiorgis. In fact, the latter, according to the study, supports that the housing was built by Aegean refugees who arrived in Cyprus after the fall of the Mycenaean urban centres and who later moved towards the centre of the village. The presence of this specific population in the area, according to Karayiorgis, is confirmed by the findings of the archaeological excavation which include Minoan and Mycenaean ceramic objects.

At the housing of “Kokkinokremos” residences are attached to one another while their walls form a defensive wall. Additionally, at “Kokkinokremos” werediscoveredseveralobject including two silver talents and treasures of gold and bronze objects. The multitude of findings is linked to the sudden abandonment of the housing. In particular, the residents of the housing appear to have hidden the aforementioned objects before abandoning the housing so that they could find them upon their return. The findings from “Kokkinokremos” are displayed at the Archaeological Museum of Cyprus and the District Museum of Larnaka.

During the Iron Age,when a lot of kingdom cities were established, the area of Pyla held an important position. This is after all proven by the existence of cemeteries and housings of that period. As it is also clarified in the study, it is not yet known which kingdom owned the area. However, since the area borders Kiti it probably belonged to that kingdom. In fact, the study suggests that the name of the village proves that the community constituted a gate of communication between Mesaoria and the kingdom of Salamina.