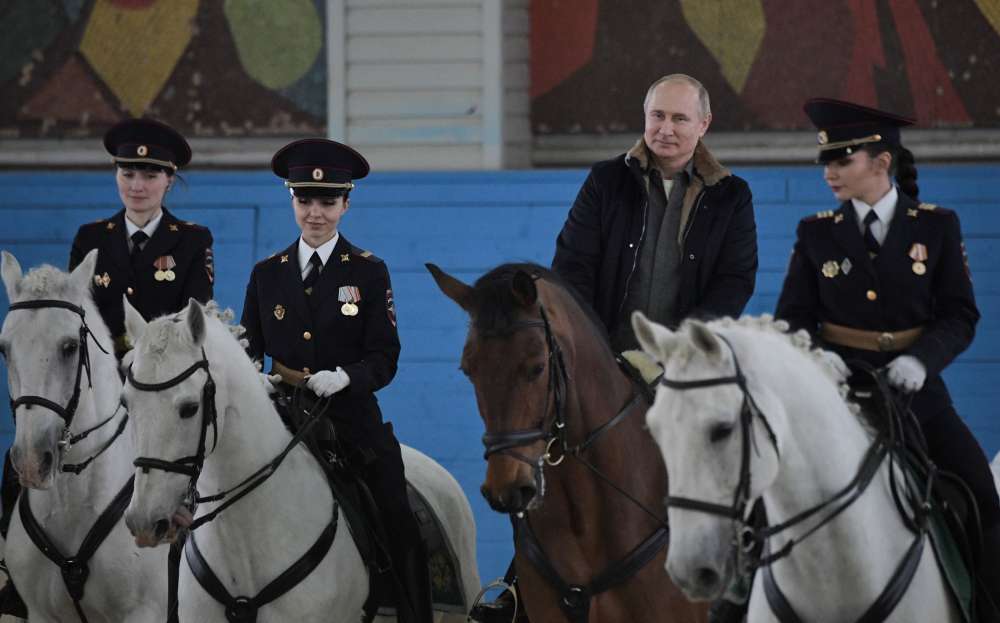 President Vladimir Putin mounted a horse on Thursday and cantered with female police officers in footage broadcast across Russia ahead of International Women’s Day.

Putin has carefully cultivated a macho image during his 19 years in power with photo-ops depicting him riding a horse bare-chested in Siberia, taking a dip in icy water and piloting a firefighting plane.

The 66-year-old, whose ratings have slipped in recent months, was shown on state television in jeans and a jacket with a raised collar, riding a brown horse flanked by female police officers on white horses.

They cantered gently around a training facility for horsebacked police in Moscow followed by other uniformed officers riding in rows.

Ahead of International Women’s Day on Friday, Putin said women were increasingly taking an interest in working in law enforcement agencies and that just over a quarter of employees at the Interior Ministry were now women.

Pollsters say Putin’s ratings have dipped recently due to years of falling real incomes and an unpopular move by the government last year to raise the retirement age.

However, he remains broadly popular and a state pollster this month put his approval rating at almost 65 percent.