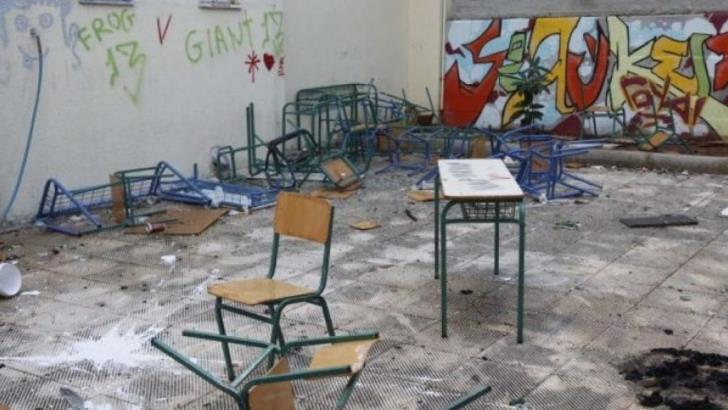 Police was called to intervene, as in many cases they damaged school school property and caused commotion, starting from the early morning hours.

According to Phileleftheros, the police was called in to eight Nicosia high-schools.

In Apostolos Markos Lyceum, pupils gathered at dawn outside the school, raised banners, lit torches and sang chants expressing their anger at the ongoing crisis in education.

In Kykkos B Lyceum, the authorities had to intervene to set the situation under control as pupils threw squibs. The school was also vandalised last night.

In Limassol, some minors were arrested as they were caught spray-painting in Agios Spyridonas Lyceum.

They were released after they were questioned, in the presence of their guardians.

The pupils’ behaviour is thought to be part of a new custom that has been established in recent years, where pupils gather at their schools to spend the night before the first day of the year together.