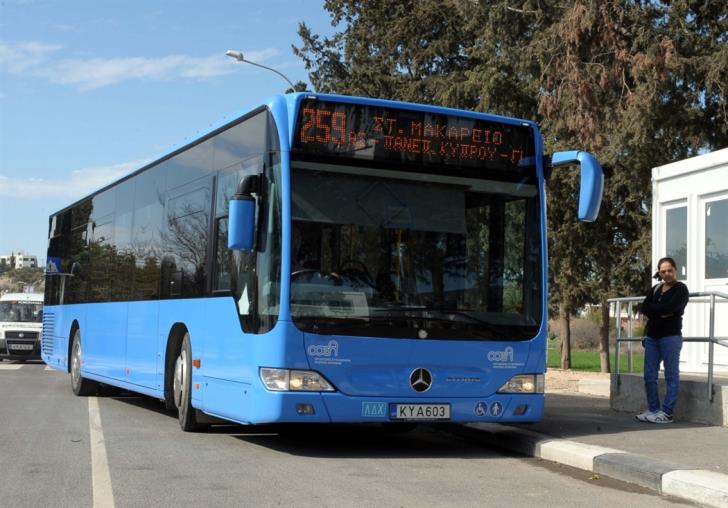 Public transport is headed for collapse, as all Cyprus’ bus companies say that they will shut down if proposed government cuts go through, Phileleftheros reports.

The government argues that all six Cypriot bus companies received money in over-payments in the past years and is now contemplating cutting state funding to them in order to recover surplus sums.

Bus companies say that this will force them to shut down as the proposed cuts reach up to 90% of their monthly state funding.

Without state funding, they will not be able to pay wages, maintenance or fuel and starting December, they will start terminating their operations, they said.

“These policies do not allow us to keep honouring our agreements with the state. The Transport Ministry, on its own, determined that there were over-payments and decided to recover them by cutting our monthly funding,” he said.

Government Spokesman Prodromos Prodromou said that the government was aware that some companies might be force to terminate their operations but the state’s main goal is to recover the over-payments that were made.

According to Phileleftheros, should the public transport system collapses, the government plans to ‘bring in third parties’ to ease disruption.

Already, Phileleftheros reports, a Spanish investor has expressed interested in the Cypriot bus sector. The newspaper says that he was made aware of the proposed cuts and sent a letter to the Ministry of Transport that he “is ready to come immediately to Cyprus to help resolve the problems that might appear.”

How much will bus companies lose?

Larnaca’s bus company will receive less than €5,000, according to Transport Ministry estimations. Larnaca and Famagusta intercity buses will receive €16,000 in funding in October, compared to the €160,000 they have been receiving.

The state funding for Nicosia and Limassol buses will be reduced by around 50%.

Paphos’ buses already decided that they will appeal the government’s decision in court as they will receive a negligible amount of money in funding, Phileleftheros writes.

By In Cyprus
Previous articleNicosia Mall opens (list of shops+pictures)
Next articleDanske whistleblower takes aim at U.S., UK over moneylaundering