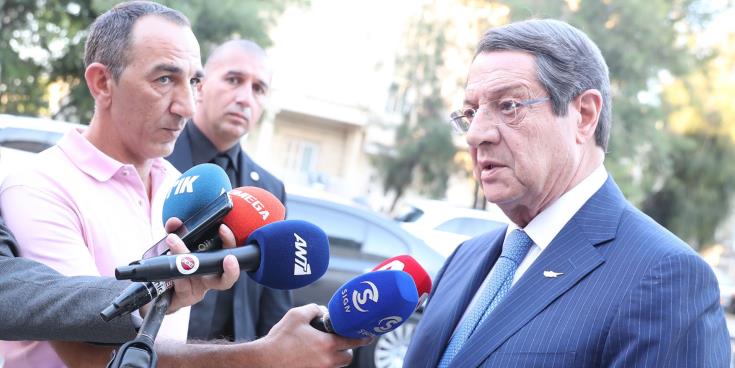 Assets belonging to public officials were made public today after they were posted on the Parliament’s official website, in accordance with the 2004 law that obliges the President of the Republic, the President of the House, the ministers and the members of the European Parliament (MEPs) among others to disclose them.

Disy president Averof Neofytou owns six properties that are worth in total around €8 million, having also sold some land in Paphos worth around €100,000. His annual revenue for the year 2018 amounted to €148,000, while his debts exceed €1.1 million.

Edek president Marinos Sizopoulos has declared deposits of €20,000 with Hellenic Bank and a debt of approximately €70,000. As for his assets, he says they have not changed since the previous statement.
Akel Secretary General Andros Kyprianou’s assets were not very clear, as all statements were presented differently and almost all were handwritten. However, by interpreting his statement, it emerged that he currently holds around €12,500 in his bank account, while his earning as a member of Parliament for the year 2018 amounted to €81,700.
By In Cyprus
Previous articleAntiquities Department blasts negligence of cultural heritage by occupation regime
Next articleFive candidates to run for Mayor of Famagusta