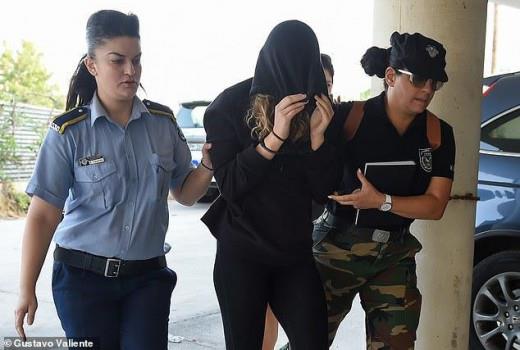 Paralimni district court on Thursday allowed the UK-based psychologist of a British teenager accused of falsely claiming she was gang raped by 12 Israeli tourists in Cyprus in July to give testimony via a teleconference.

The psychologist, who is too busy to fly over, will give testimony on November 1 but the procedure this time will take place at Larnaca district court.

This is because of lack of necessary equipment at the one in Paralimni which is holding a trial within a trial since Tuesday to determine whether investigators exercised psychological pressure to extract a confession from the 19-year-old.

The teenager, who insists her retraction was extracted under duress, told the court on Wednesday that she goes to therapy because she suffers from a post-traumatic stress disorder.

She explained that, for some reason, one of her horses was killed when she was a child and she believes she is responsible for it.

Police investigators denied the allegations that pressure, physical or psychological, was exerted on the teenager so that she would falsely confess.

This was recorded on the night of the complaint, showing the teen engaged in sexual activity.