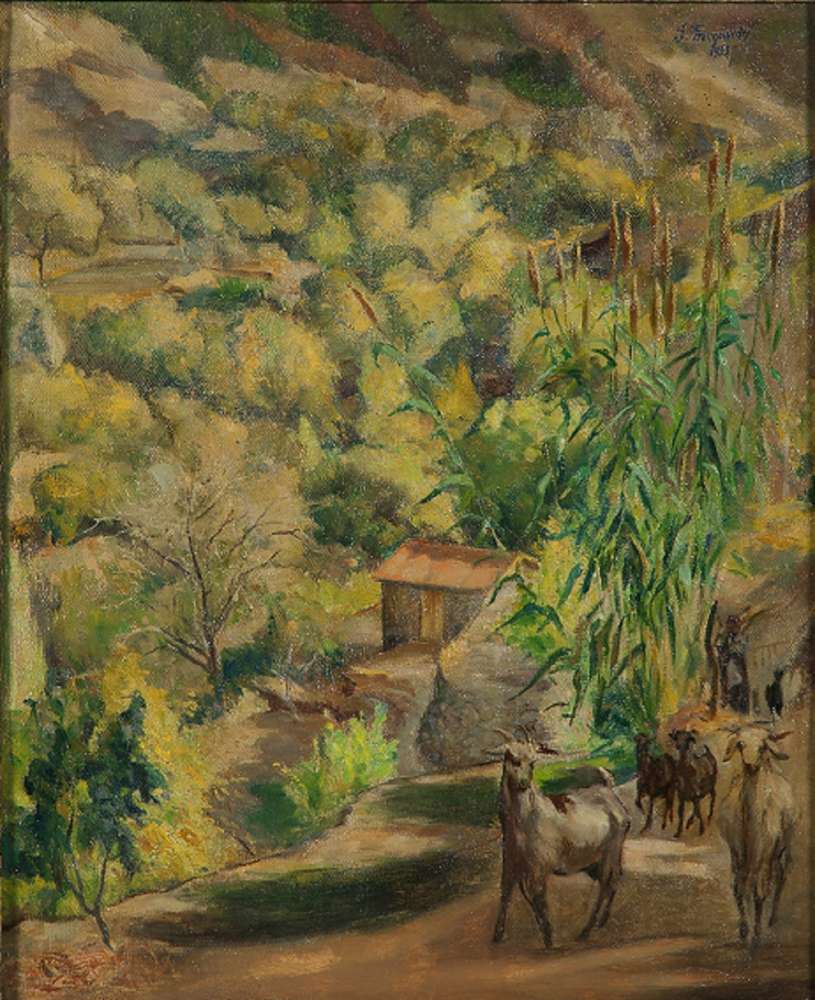 The Landscape in Agros (€17,000 – €23,000) is a 1933 exquisite painting by emblematic Cypriot Artist Solomos Frangoulidis and will be offered at auction on the evening of December 4 at The Landmark Nicosia Hotel.

The 27th Psatharis Auction will feature 129 artworks by artists whose work has shaped and influenced Greek and Cypriot art. In addition to the artworks, the collection includes rare books and maps as well as six volumes of The Illustrated London News. A preview of the collection will be held December  on 2  to 4 at the Landmark Nicosia Hotel.

Works given high presale estimates and expected to command top prices include the following: Threshing €18,000 – €25,000) by great Cypriot naïve Michael Kashalos, Marseilles with Port   (€19,000 – € 27,000) by modernist Christoforos Savva, Flowers in Space (€4,800 – €7,000) by widely known Angelos, End of an Era by Spiros Vasiliou an important Greek artist  of the acclaimed 1930’s generation. High presale estimates were given also to Landscape with Tree (€7,000 – €11,000) by Telemachos Kanthos and to a bronze sculpture titled John Fitzgerald Kennedy (€9,500 – € 15,000) by internationally acclaimed sculptor Nikos Kotziamanis.

Nikos Psatharis, Founder and Managing Director of the Psatharis Auction House notes: “The auction is highlighted by the uniqueness and rarity of its collection stretching from the 19th century to date. Also, it has a focus on contemporary art as we wish to give collectors the opportunity to acquire and invest in contemporary art. This is also the trend in international auction markets.”

Solomos Frangoulidis (1902 – 1981) is one of the earliest Cypriot artists who were inspired by nature and the Byzantine tradition. He studied under Elias Karishev, a Russian painter who had fled to Cyprus after the fall of Tsarist Russia. Frangoulidis also graduated from the Athens School of Fine Arts. In Landscape in Agros he captures with masterful technique the soothing light of rural Cyprus which he renders with impressionist freedom. 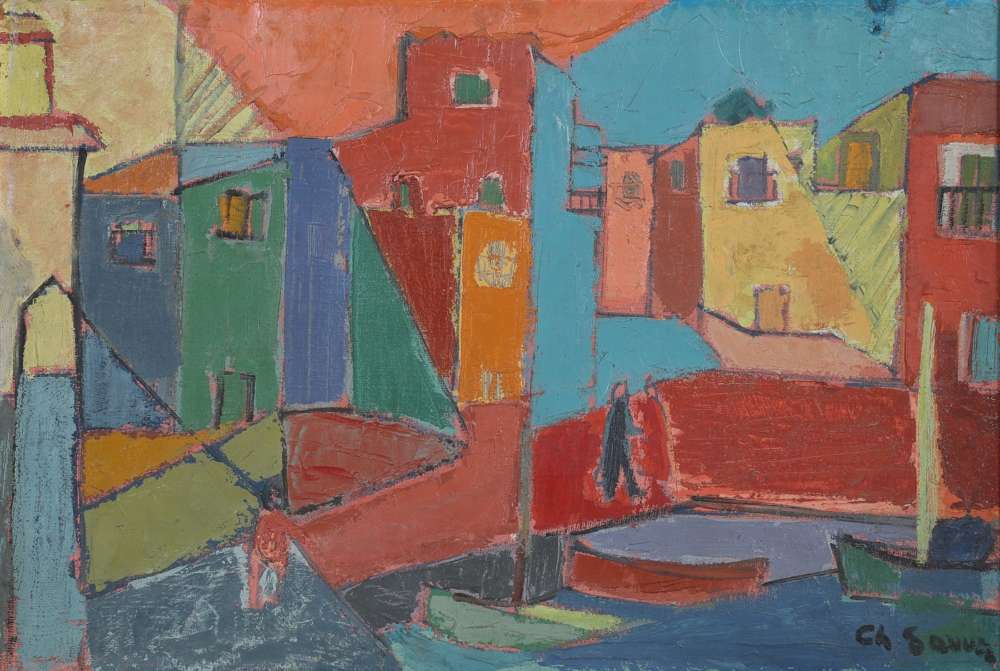 In the emerging art scene of the 1960s, Christoforos Savva (1924 – 1968) reinvented Cypriot art introducing it to contemporary currents and modernist trends. His work carries influences of French modernism, Fauvism, Cubism and Abstract Art. In Marseilles with Port the artist uses large colour planes to permeate the work with motion. The result is a beautiful abstract painting. 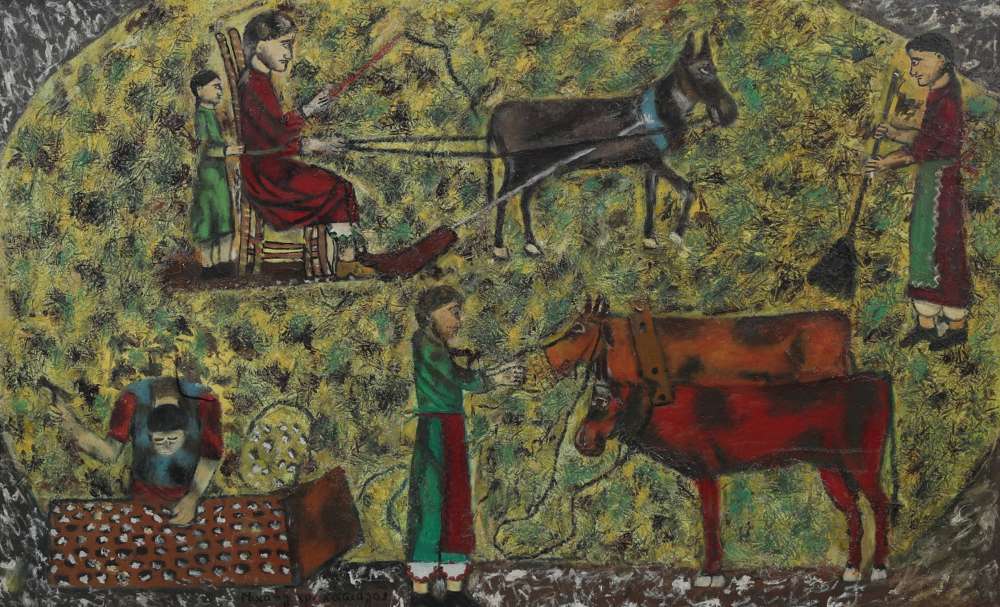 Threshing, by leading Cypriot naïve Michael Kashalos (1885 – 1974) is an exquisite painting in which the static figures of the foreground create a contrast with the gestural expressionism of the background. Kashalos projects his rural life narrations on flat spaces which he imbues with illusory movement to create powerful compositions. 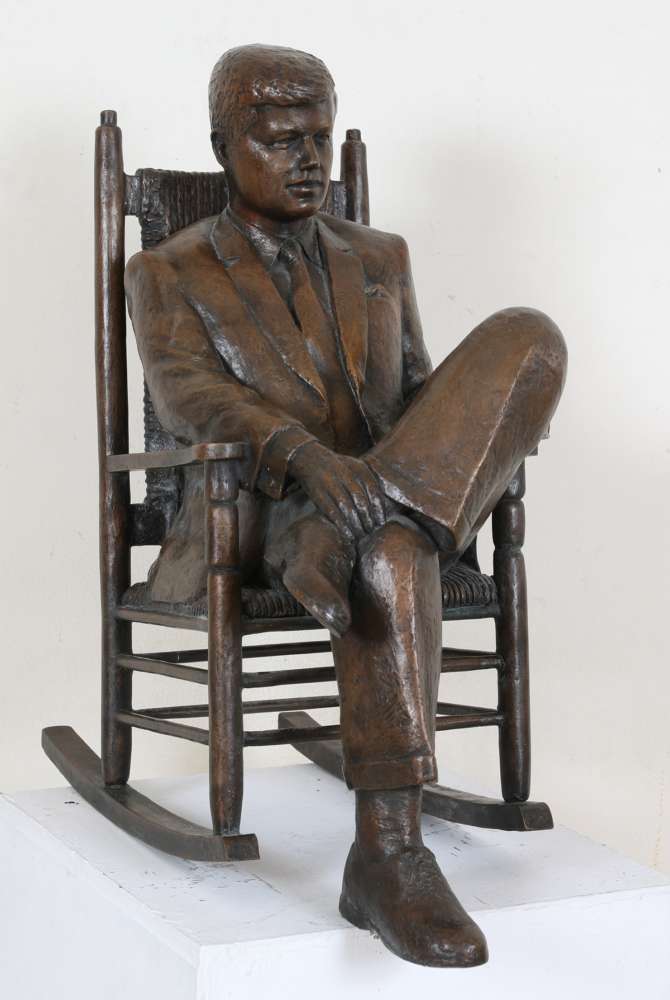 The sculpture depicting US President John Fitzgerald Kennedy (1917 – 1963) seated in a rocking chair is a rare and unique artwork by internationally acclaimed Nikos Kotziamanis (b 1946). The sculptor is known for his Adriatic statues, busts and monuments across many cities around the world. His sculptures, however, are rare exhibits in auction seasons. 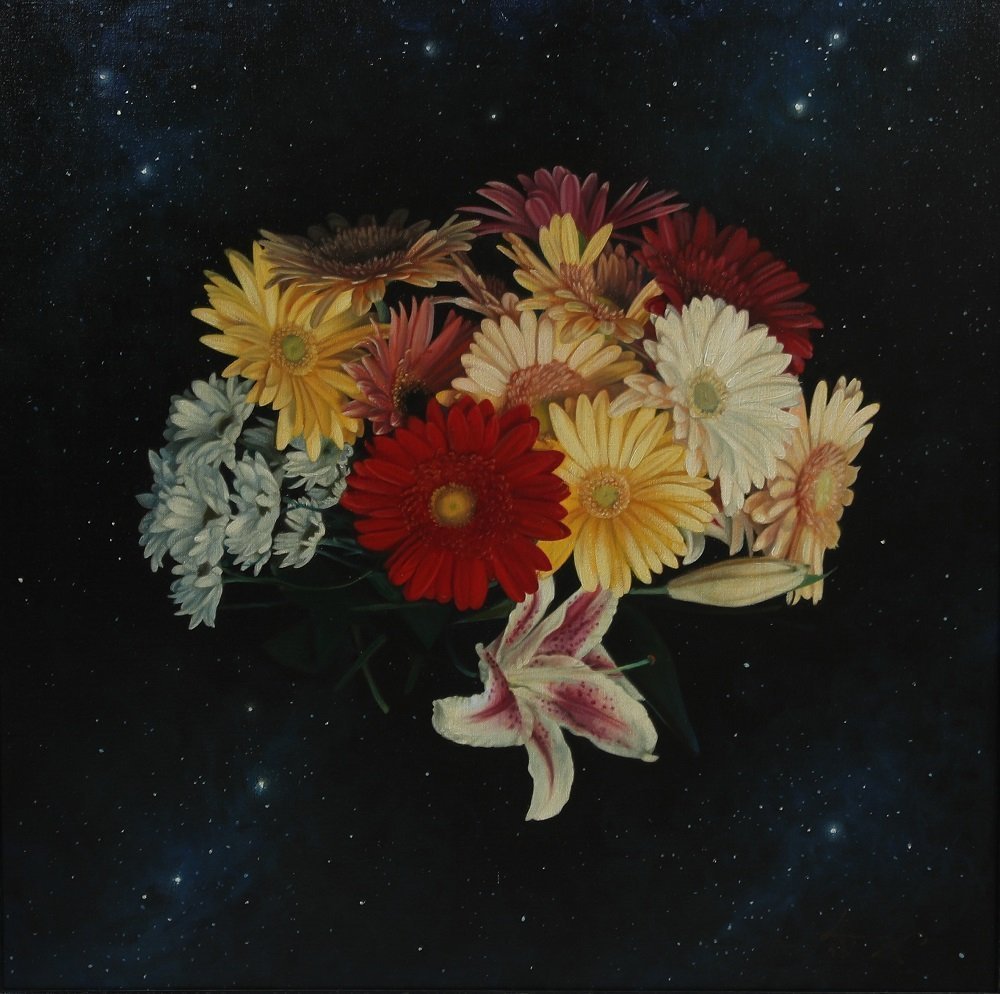 Flowers in Space carries elements of a Kafkaesque allegory as it symbolically represents a planet which has lost its sphericity and has transformed into flowers. The visual representation of the flowers, which carries influences of still life painting from the Dutch Golden Age, makes a sharp contrast against the abstract rendering of the surrounding space. The result is a surreal, arresting effect.  Angelos (Panayiotou) (b 1943) is a Greek artist widely known in international art markets. 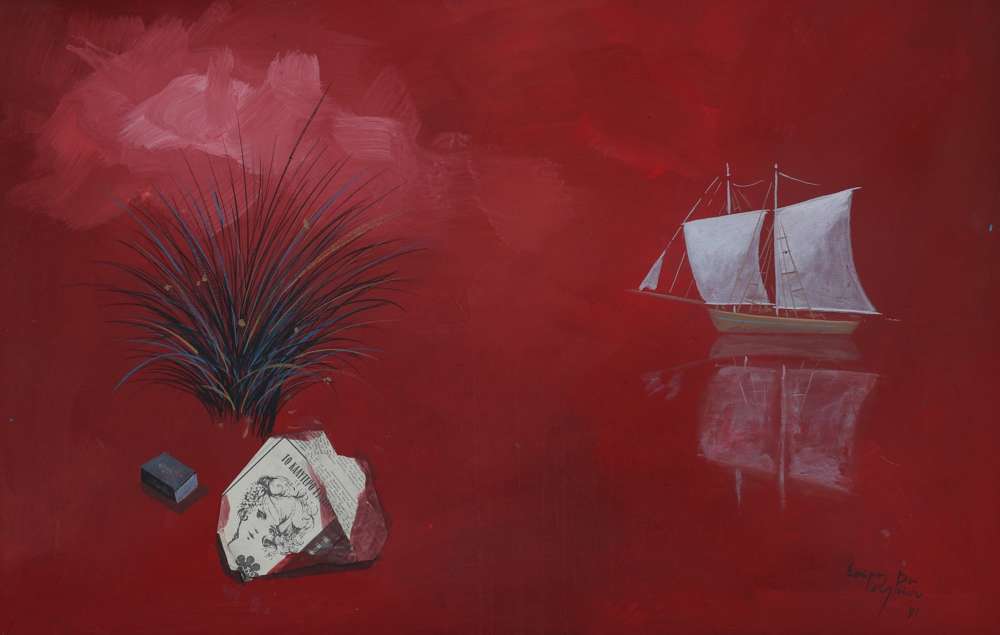 End of an Era’s sensuous reds create a romantic space in which a boat has set sails. But, this soothing effect, is interrupted by the anxiety-ridden imagery on the opposite site. The painting is representative of the work of Spiros Vasiliou (1902 – 1985) and of the 1930s Greek art movement of lyrical abstraction and romanticism. Vasiliou graduated from the Athens School of Fine Arts where he was taught by Nikos Lytras.