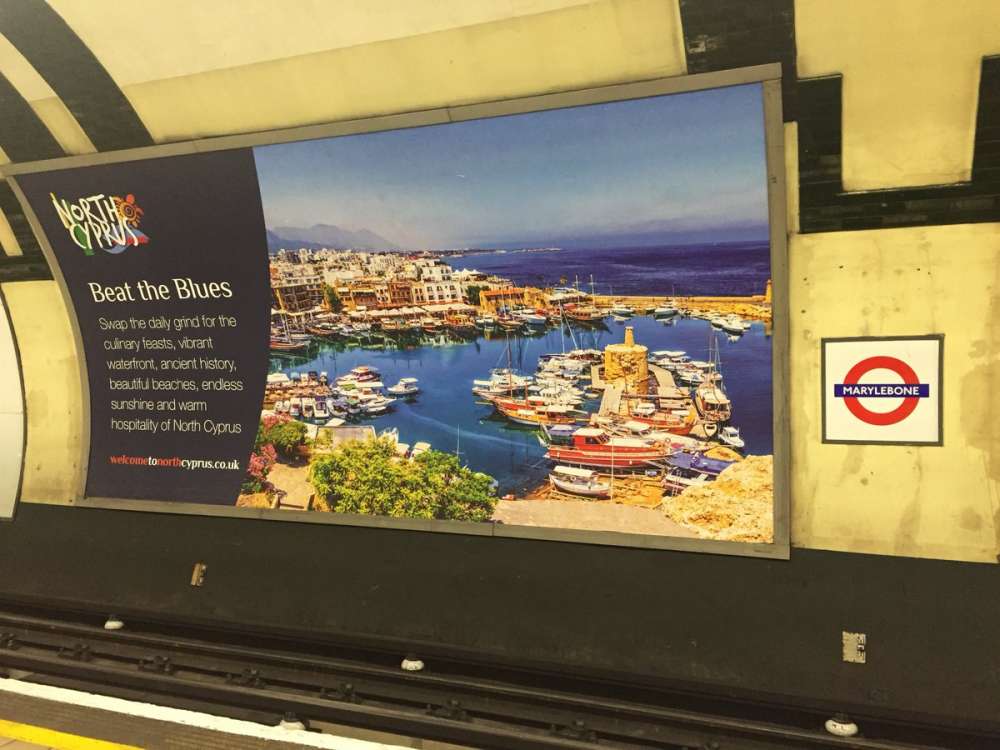 The Cyprus government and the London Cypriot community are protesting a publicity campaign advertising holidays in Turkish-occupied north Cyprus on public transport.

Posters have gone up on dozens of London buses, 22 tube stations and 25 central locations in the British capital, the Cyprus News Agency said.

They urge Londoners to “Beat the Blues” by taking a holiday in “North Cyprus”.

The month-long campaign started on January 28 as the breakaway north seeks to generate early bookings from the UK market.

The Cyprus High Commission has written to London mayor, the transport committee of the city council and to Transport for London in protest.

Letters of protest have also gone to the mayor from the president of the National Association of Cypriots in the UK Christos Karaolis to London mayor Sadiq Khan. Transport for London is under the responsibility of the local authority.

Karaolis said that the posters advertise areas which have been under illegal Turkish occupations since 1974 and points out that many London Cypriots own property in the north which they cannot visit.

Lobby for Cyprus has also slammed the advertising campaign. In a message on Twitter it noted that many refugees forcibly displaced from Cyprus by Turkey who sought sanctuary in London will suffer the further indignity of seeing their occupied lands, appropriated homes & property promoted for tourism at London Tube stations. Shame on you TfL for supporting Occupation Tourism.

Last week, Karaolis had written to the Sun to protest a special offer to readers for a seven night stay in the Turkish-held north.

Many refugees forcibly displaced from #Cyprus by #Turkey who sought sanctuary in London will suffer the further indignity of seeing their occupied lands, appropriated homes & properties promoted for tourism at London Tube stations. Shame on @TfL for supporting #OccupationTourism pic.twitter.com/xx7uDqfqrV

By In Cyprus
Previous articlePork fillets with pomegranate, fava and feta
Next articleWholewheat fusilli with mushrooms, walnuts and rocket