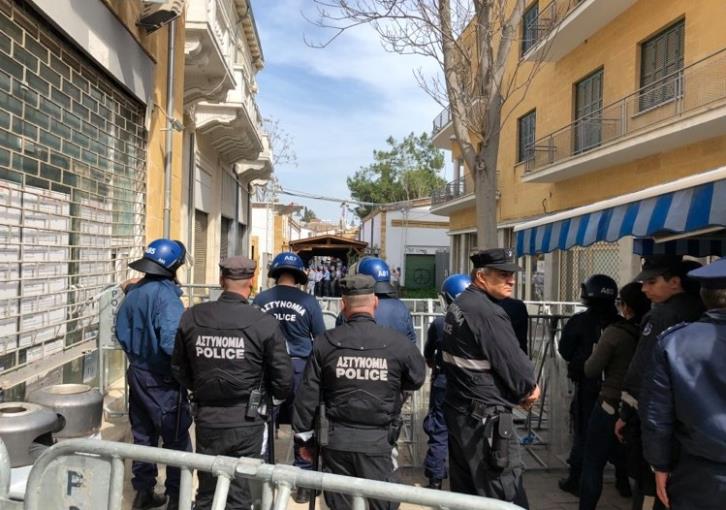 Amid new protests at the Ledra Street checkpoint on Monday, UNFICYP  urged demonstrators to refrain from any actions that undermine public order.

The UN force said that although it supports the right of peaceful demonstrations,  unauthorised activities in the buffer zone were strictly prohibited.

UNFICYP spokesman Aleem Siddique told the Cyprus News Agency that the safety of citizens was the top priority.

“We call on all demonstrators to refrain from any actions which undermine public order,” he said.

UNFICYP has boosted its presence on the ground and was coordinating with the two sides with the aim of maintaining peace, he added.

His remarks came as demonstrators from the Turkish Cypriot side of the Ledra Street checkpoint — one of four closed for about 10 days as part of measures to prevent a coronavirus outbreak — staged a protest demanding it reopen. The Council of Ministers is due to meet tomorrow to discuss the issue.

Reporters on the scene said a group tried to break through the UNFICYP cordon but were prevented from doing so.

Other groups went to the checkpoint with flowers saying they had come in the spirit of friendship to urge the opening of the checkpoints.

A small delegation was allowed into the buffer zone where they left the flowers and then dispersed. 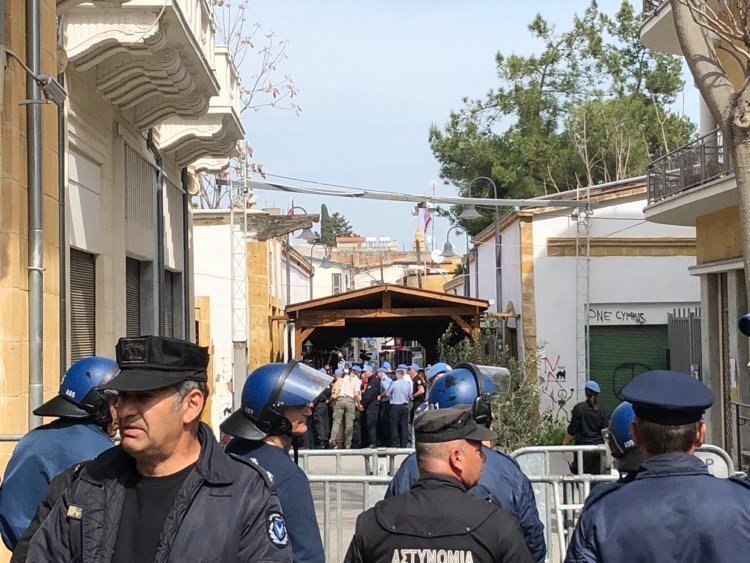 Cyprus police in anti-riot gear have been mobilised on the Greek Cypriot side of the checkpoint. There are no demonstrators on that side.

On Saturday, there were minor scuffles at the same location when Turkish Cypriot demonstrators tried to enter through the buffer zone but were pushed back by Cypriot police who used pepper spray. A parallel demo had been organised on the Greek Cypriot side.

Earlier on Monday, a ministerial committee set up to deal with a possible coronavirus outbreak decided on Monday to extend the temporary closure of four checkpoints until tomorrow when the Council of Ministers will meet to discuss the issue.

Video of Monday’s protest show ‘police’ from the Turkish held north pushing UN peacekeepers saying they had stepped past the checkpoint.