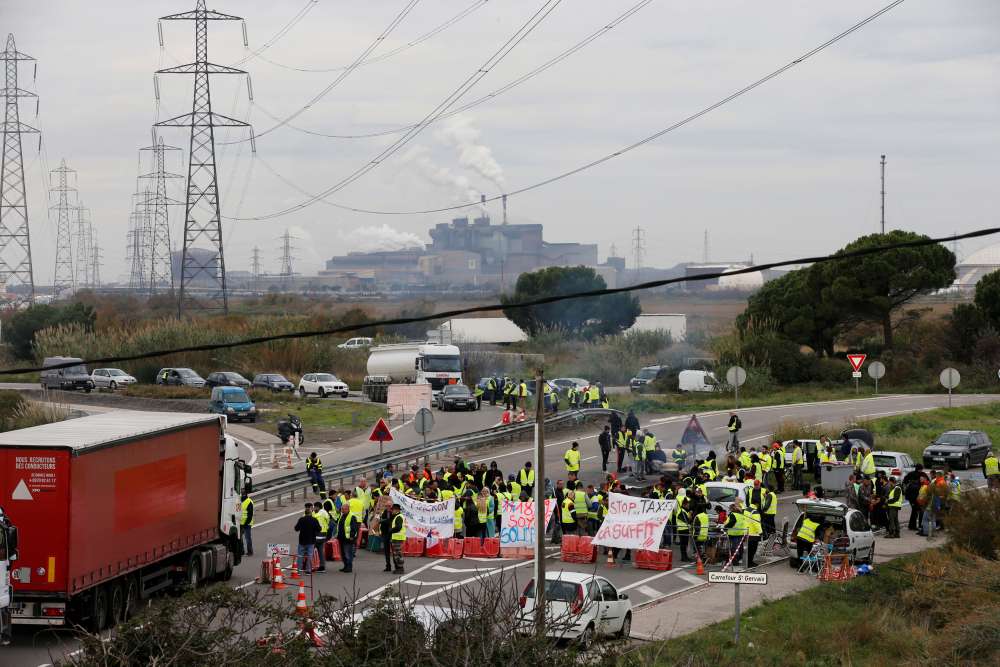 Thousands of people took part in demonstrations on motorways across France over the weekend, sparking major logjams and several accidents, including a fatality at one road blockade.

French Prime Minister Edouard Philippe said on Sunday the government would remain firm on its plan to increase the fuel tax from January 1.

Two of the depots, one in Vern, near the northwest city of Rennes, and the other in Fos-sur-Mer in the south, are operated by Total, the spokesman said.

Access to a third depot at La Rochelle, part-owned by not run by Total, was also blocked, the spokesman said.

Anger at the fuel tax hikes coincides with a perceived squeeze in spending power and dissatisfaction with Macron, who some accuse of favouring the wealthy in his economic programme.

On Saturday about 280,000 people attended the protests, according to the interior ministry, some of which turned violent. Around 160 people were arrested and more than 400 injured in sporadic clashes.

Organisers have vowed to continue the movement – dubbed “les gilets jaunes” after the neon, high visibility vests some protesters wear – until the government drops the taxes.