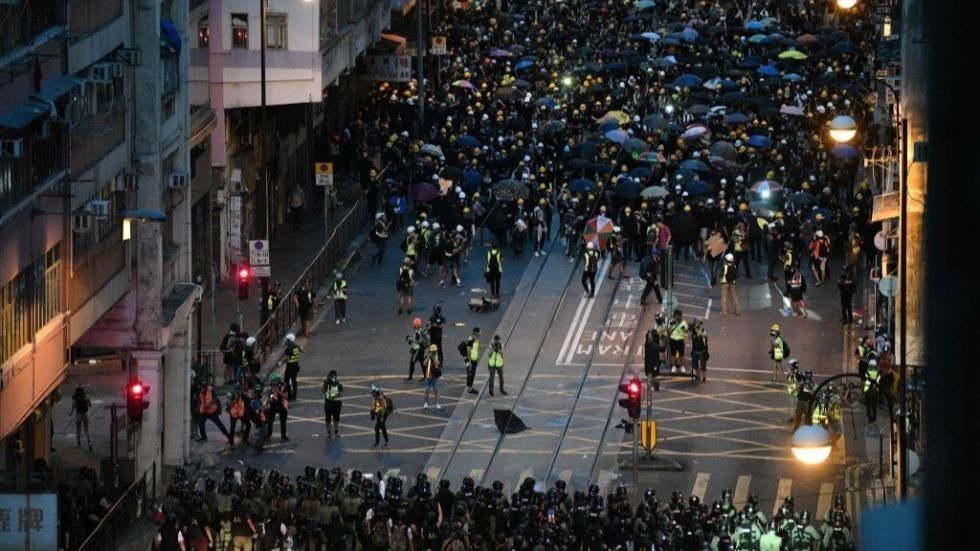 More than a thousand mostly black-clad activists gathered in Hong Kong’s Mong Kok district ahead of a protest march on Saturday, as the Chinese-controlled city braced for another weekend of anti-government demonstrations.

Protests for the past two months against a proposed bill that would allow people to be extradited to stand trial in mainland China have grown increasingly violent, with police accused of excessive use of force and failing to protect protesters from suspected gang attacks.

“I’m a little worried about whether the police force might use violent ways on the demonstrators because the route of the demonstration is a little bit narrow, and if we want to leave it might be difficult to get away from the police,” said a 20-year-old university student named Ivan.

“I think this entire movement will continue until at least the end of 2019,” he said.

Mong Kok, a gritty working class neighborhood in the Kowloon section of the city, was the scene of some of the most violent clashes during pro-democracy protests in 2014.

Thousands of supporters of Hong Kong’s police, mostly wearing white, gathered for a separate rally on Saturday in Victoria Park in the Causeway Bay district of Hong Kong island.

“People have a right to express their opinion in a peaceful manner. We will continue to support the police and the authorities to implement rule of law here.”

Further anti-government protests were scheduled for Sunday, with activists calling for a mass strike on Monday.

On Friday evening in central Hong Kong, thousands of civil servants defied a warning from authorities to remain politically neutral and joined anti-government protests for the first time since they started two months ago.

In Washington on Friday, a bipartisan group of U.S. lawmakers called on the Trump administration to halt future sales of munitions and crowd-control equipment to Hong Kong’s police force, which has been accused of using excessive force against protesters.

Under Chinese rule, Hong Kong has been allowed to retain extensive freedoms, such as an independent judiciary, but many residents see the extradition bill as the latest step in a relentless march towards mainland control.

The protests are the most serious political crisis in Hong Kong since it returned to China 22 years ago.

They also pose the greatest popular challenge to Chinese leader Xi Jinping since he took office in 2012 and come as Xi grapples with an escalating trade war with the United States and a slowing economy in a politically sensitive year. On Oct. 1, China will mark the 70th anniversary of the founding of the People’s Republic.