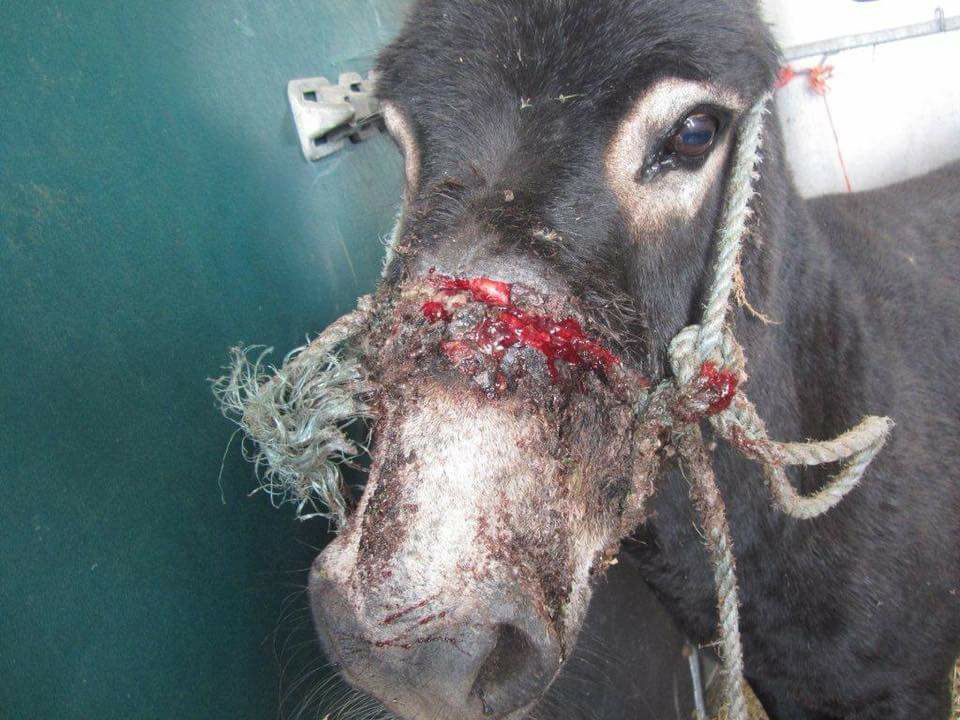 Animal rights groups are seeking to spread the word about an international protest in Santorini on July 27 to 29 to help stop the systematic abuse of some 360 donkeys on the island.

The protest has been shared by the Animal Party of Cyprus which said on its Facebook page: As high summer approaches, donkeys in Santorini, Greece will suffer for the whims of tourists and locals. Along with  Animal Party Cyprus & animal advocates around the world, we believe it’s time to end this.  Please share this post to help raise awareness of or join the international protest taking place from 27 – 29 July in Santorini, Greece.  Together we can bring this needless suffering to an end.”

Organisers of the protest say the island’s donkeys are forced to carry tourists and their belongings up an 800-foot cliff, approximately 600 steps to get from the port to the main village of the island, Thira. These rides take place from 9 am until sunset. This means seven rides back and forth for each donkey daily. This taxi-donkey ride costs nowadays  €5 and are used not only by visitors but also by locals who make the donkeys carry heavy loads, materials for construction and household  appliances.

“What makes it even worse are the conditions these animals live in: no food, no water, no break- just  working in the heat with no shade and no protection. Their only comfort is to lick the wall to get some moisture,” it said.

Furthermore, when the donkeys are no longer “usable” they are left on a mountain with no food or water, often with their legs tied, to die alone!

There are about 360 donkeys at the island of Santorini that suffer every day from this unacceptable, stupid tradition that is very painful and unfair for the donkeys, it said.

And it added: “We are at the peak of the summer season and many tourists will visit the island and a lot of cruise ships will make a stop there. Let’s make sure that tourists won’t be drifted down to explore the  donkeys for a so called ‘romantic-traditional ride’. 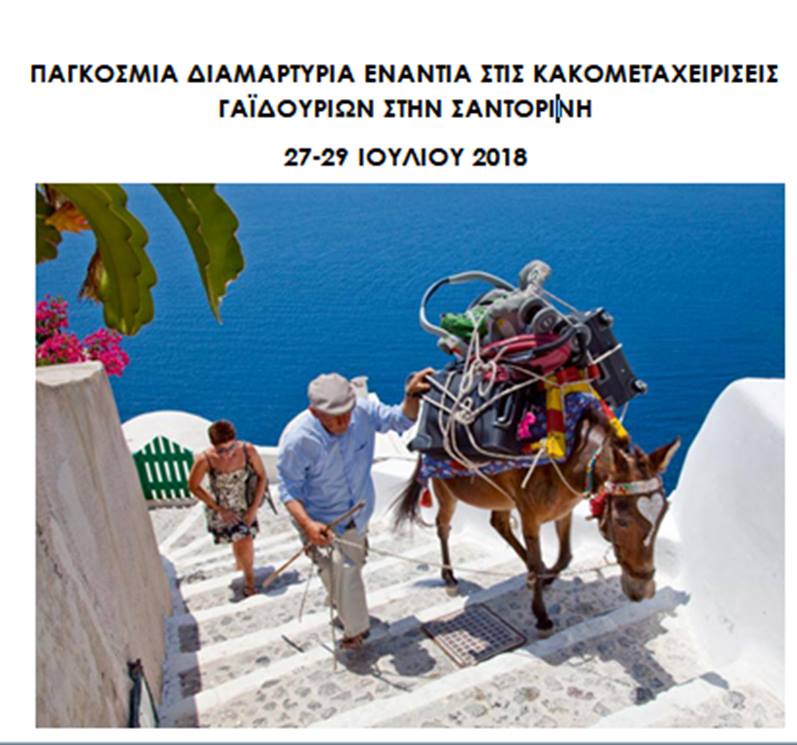