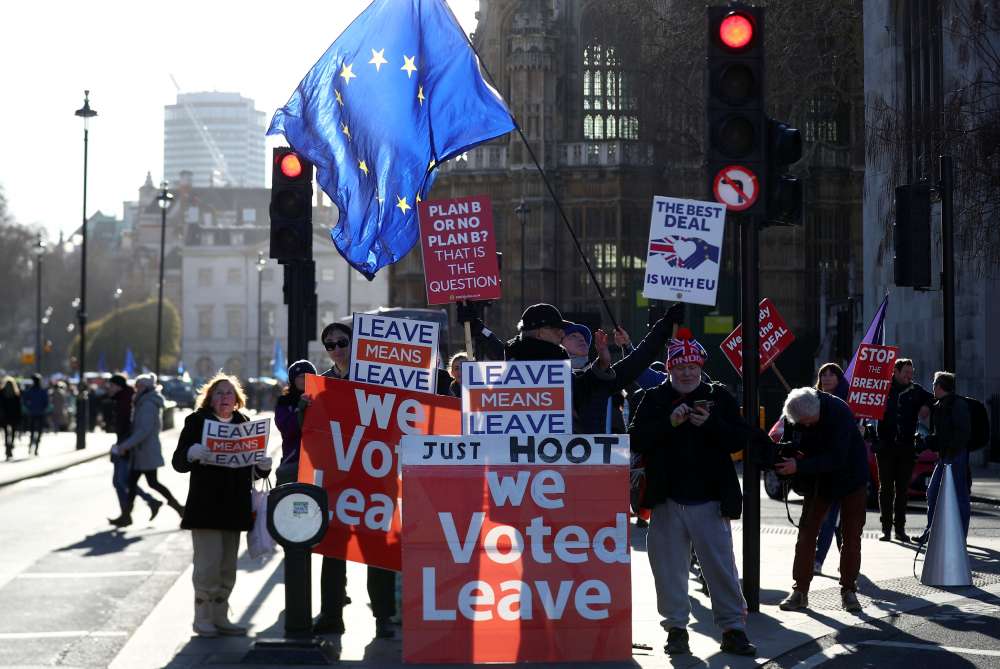 The future of exports of Cypriot products to the UK remain uncertain, as contingency measures taken by EU in the event of a no deal Brexit, do not provide for any arrangement for both customs duties and trademarks.

According to a high-ranking official of the European Union who deal with Brexit and have visited Cyprus to brief on possible impacts, there’s a high degree of uncertainty as “no-deal” Brexit is a very possible outcome. Answering to questions, the official said that the contingency measures taken, do not concern trade or conversion of EU trademarks into British after a “no deal” exit.

Cyprus has significant commercial relations with the United Kingdom, while the issue of EU trademarks drew attention, after the Republic of Cyprus has lost UK trademark for halloumi cheese in the British courts.  The EU trademark is still in place in Britain, however, according to the official, nothing could safeguard that Britain would convert EU trademarks to British in the event of “no-deal” Brexit.

At the same time, the official did not rule out the possibility of Britain to ratify the withdrawal agreement, which deals with these issues for a transitional period of 21 months.

With regard to Brexit`s extension after 29 March, which is gaining ground in the last few days, the EU official has made it clear that the EU27 leaders were open to such an extension, provided they know why and that it would not interfere with institutional process, as the EU elections.

Air flights, non-visa requirement for British travelers visiting the EU, social welfare coordination, Erasmus student protection and financial services measures are among the 19 contingency measures, in case of a “no deal Brexit”. These measures are considered to be positive for British incoming tourism, another important field concerning Cyprus – British relations.

The other big issue for Cyprus, concerns the status of British sovereign bases on the island. According to the official, the idea was to ensure that nothing would actually change, in relation to the current status.

He also noted that the experience of the Brexit negotiations and the relevant contacts with the Member States on the subject has demonstrated that the lack of proper communication does not allow citizens and businesses to know the benefits of the EU, unless they lose them. The official also said that even in countries where there was Euroscepticism no one is seriously considering leaving the EU.

By In Cyprus
Previous articleCyprus protests to the UN about ongoing illegal activities in its EEZ by Turkey
Next articleCyprus to receive €11.5 million in project financing from EEA – EU agreement