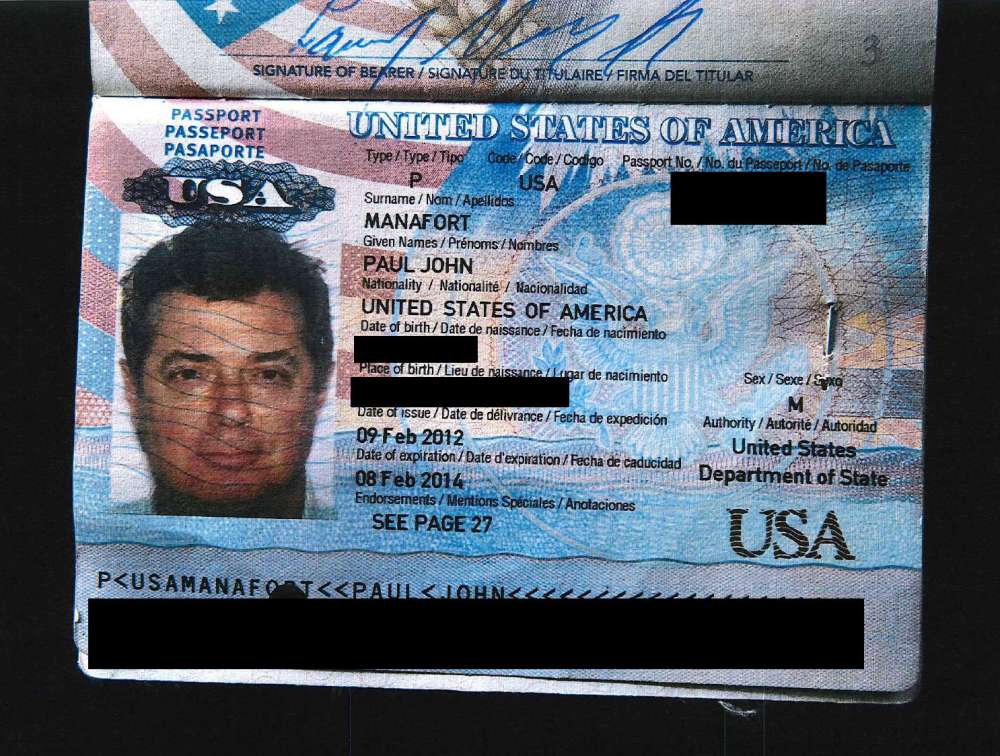 Prosecutors on Thursday aggressively pressed their bank and tax fraud case against Paul Manafort, presenting testimony and documents to try to prove U.S. President Donald Trump’s former campaign chairman deceived his lead bookkeeper and a bank about his finances.

On the trial’s third day, the prosecution pivoted away from describing Manafort‘s lavish lifestyle, focusing instead on the nitty-gritty details of actions they believe underpin the charges against him of bank fraud, tax fraud and failing to report foreign bank accounts.

Prosecutors have attempted to portray Manafort as a tax cheat and a liar who hid much of the $60 million he earned from political work for pro-Russian politicians in Ukraine by stashing it in undisclosed overseas accounts.

Manafort, 69, is facing 18 charges in the first trial stemming from Special Counsel Robert Mueller’s investigation of Russia’s role in the 2016 U.S. presidential election. Manafort has pleaded not guilty to all the charges in federal court in Alexandria, Virginia, outside Washington.

Manafort‘s client in Ukraine, former President Viktor Yanukovych and his Party of Regions, were forced out of power in 2014 and Yanukovych lives in exile in Russia.

Manafort‘s lead bookkeeper Heather Washkuhn, who managed the books of his personal and business finances, testified on Thursday that by November 2016, Manafort‘s firm was facing a loss of more than $1 million, which grew to $1.9 million the following month.

Manafort was having difficulty paying his bills, including the bills due to her firm, said Washkuhn, managing director of the accounting firm Nigro Karlin Segal Feldstein & Bolno.

“I know I had asked multiple times for bills to be paid,” she said.

Prosecutors presented evidence that Manafort emailed a doctored profit-and-loss statement to a Chicago bank from which he was seeking a loan.

They showed jurors an email from Washkuhn to the bank showing that, through Nov. 20, 2016, his business had a net loss of $1,116,497. They then displayed another email they said Manafortsent to an executive at the bank with a profit-and-loss statement for September 2016 attached.

The document stated that Manafort‘s consulting firm had a net income of $3,011,952. Washkuhn said she did not produce that document.

The email from Manafort could potentially undercut his defense strategy. Since the trial started on Tuesday, his lawyers have sought to lay the blame for any financial irregularities on his former business partner Rick Gates and went so far as to accuse him of embezzling money fromManafort‘s firm.

Taking long pauses to check his notes in between questions, he pressed Washkuhn on whether Gates was the primary go-to guy for Manafort‘s financial affairs.

“Mr. Gates would deal with DMP items,” she replied, referring to Manafort‘s consulting firm. “But Mr. Manafort was the approval source.”

Prosecutors also showed Washkuhn a March 2016 email that Gates had sent to a Banc of California executive in pursuit of a loan for Manafort. The email contained a financial statement indicating Manafort‘s firm had a $4.45 million income for 2015.

Washkuhn testified that the income figure was not correct. She said her firm had calculated an income of about $400,000 for the year, and that Gates had been pressuring her to add $2.6 million in accrued revenue to the financial statement.

When prosecutors showed an exhibit displaying the differences in the two accounts, one with $400,000 in income, the other showing $4.45 million, one juror gasped, an observer sitting in the second row in front of the jury box told Reuters.

“You could tell he had a visceral reaction to that,” said Patrick Grasso, a retired civil servant from Alexandria.

Washkuhn also testified that she thought she had complete knowledge of Manafort‘s financial affairs, but was unaware of his holdings outside of the United States and in the dark about a laundry list of corporate entities that the government says Manafort used when he wired funds to pay expenses.

On Thursday, the jury heard from Joel Maxwell of a Florida-based company that did work forManafort – it installs lighting, audio visual equipment and automation systems for homes. Some of the Manafort invoices shown to him from prosecutors appeared to be have been forged, Maxwell said. It was unclear who created the invoices or how they were used.

Mueller has pursued a 14-month investigation of Russia’s role in the election and potential coordination between the Trump campaign and Moscow, though the charges against Manafortpre-date his joining Trump.

Greg Andres, a member of Mueller’s team, confirmed on Thursday that the prosecution will call Gates as a witness, a day after another prosecutor suggested they might not.

Gates pleaded guilty to making false statements after being indicted and is cooperating with Mueller’s probe, which so far has led to the indictments or guilty pleas of 32 people and three companies. Trump has called Mueller’s investigation a witch hunt and wants it to be shut down..

By In Cyprus
Previous articleU.S., Turkey agree to try to resolve issues – State Department
Next articleCentral Bank says has no say in bank fees amid complaints from consumers, unions