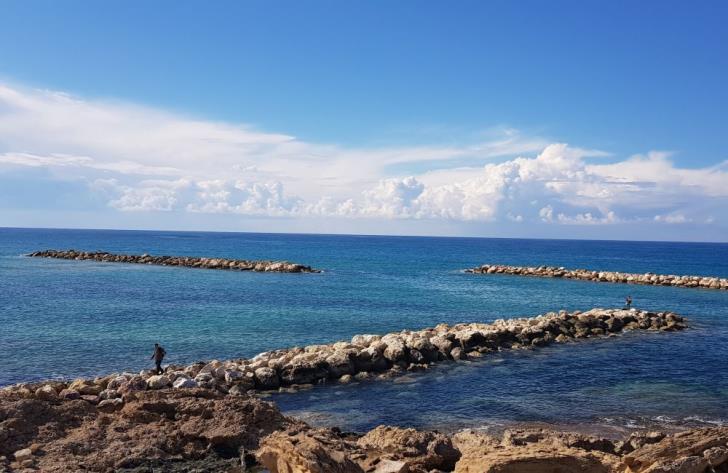 A strategic plan aiming towards the protection and improvement of Larnaca’s coastal front proposes the construction of 15 artificial reef breakwaters between Cape Kiti and Larnaca airport area.

The plan, drafted by the Public Works Department, has already been submitted for approval by the island’s Environmental Authority, according to Philenews.

The existing natural and man-made environment as well as anticipated future environmental conditions and climate change were taken into consideration when selecting the proposed site and type of projects.

In addition, alternative solutions were developed and evaluated including mild interventions such as reef breakwaters.

At the same time, solutions were developed that maximize the positive environmental impact, preventing erosion and improving the water quality.

Modern tools for simulating offshore hydraulics with mathematical models were used to assess the environmental impact of this proposal.

The use of these simulations in the overall study area, it was possible to estimate the resulting changes in sea currents and sediment movement.

By Annie Charalambous
Previous articleProposal for speed limit to be reduced to 30km/h across all city roads
Next articlePolice draft action plan for Saturday’s planned protests in Nicosia, Limassol