Proper management of waste a top priority for Aradippou Municipality 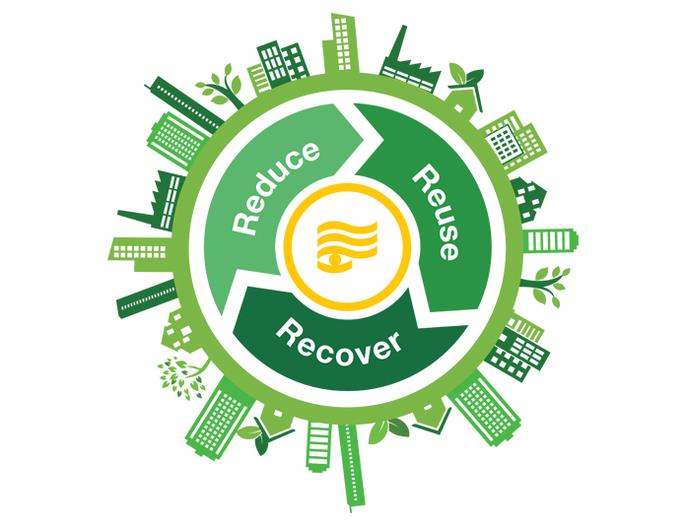 Aradippou has tapped the advice of Greek experts to promote proper waste management.

This follows consultations between Mayor Evangelos Evaggelides and Maria Loizidou, Head of the Unit of Environmental Science and Technology of the National Technical University of Athens on ways of raising  public awareness on topics such as recycling and the proper management of the urban waste.

More specifically, Loizidou outlined developments in the field of waste management, highlighting the vital role of local authorities in the effort to switch from linear to circular economy.

Loizidou told Phileleftheros that the transition from a linear to circular economy is necessary, as the circular model has the potential to solve the world’s mounting waste problem by creating production models that reduce reliance on raw materials through continuously recycling materials of all types.

A linear economy works according to the ‘take-make-dispose’ approach. Resources are extracted and products are produced. Therefore, products are used until they are discarded and disposed of as waste.

On the contrary, a circular economy works according to the ‘Reduce, Reuse & Recycle’ plan, replacing the end-of-life concept with restoration, shifting towards the use of renewable energy, eliminating the use of toxic chemicals and aiming for the elimination of waste through the superior design of materials, products, systems and business models.

However, as Loizidou explained, the shift from linear to circular models is not an easy task, especially for Cyprus.

Based on 2014 figures, Cyprus was ranked 22nd among 28 countries of the European Union regarding the amount of waste that ended up in landfills. According to the Department of the Environment, the objectives set for Cyprus include, among others, a separate collection of the 15% of organic waste by 2021 and the preparation for recycling of the 50% of recyclable material by 2020, promoting a separate collection of paper, plastic, glass and metal. The EU’s goal is that only a 10% of the waste would be landfilled by 2030.

Finally, Loizidou stressed that the successful transition to a circular economy model is primarily in line with properly informing of the public, in order to achieve high recycling rates. Schools also play a key role, as students should be seen as promising ‘recycle ambassadors’.