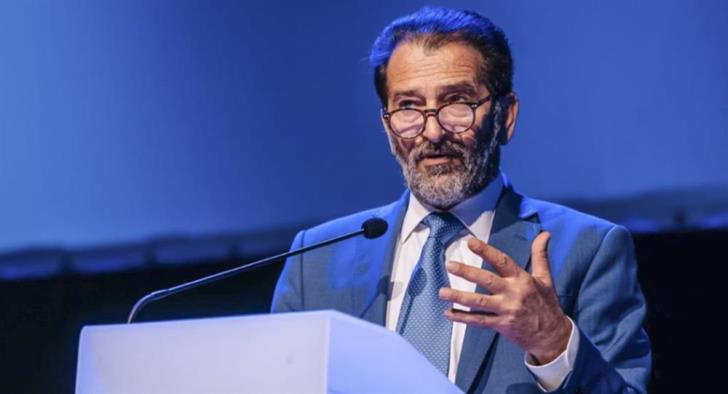 Paphos-born professor Kypros Nicolaides who is worldwide renowned as ‘Father of Fetal Medicine’ will be awarded the Grand Cross of Makarios III – Cyprus’ highest civilian honour.

This is what Presidential Commissioner Photis Photiou said in a recent live online interview with Nicolaides organised by the Cyprus Medical Society UK, under the auspices of the National Federation of Cypriots in the UK.

“The President of the Republic of Cyprus intends to award the Grand Cross of Makarios III to Professor Nicolaides. The Grand Cross is Cyprus’ highest civilian honour,” Photiou said.

The Commissioner, along with High Commissioner to the UK, Andreas Kakouris, were present in the live interview as guests.

Nicolaides, who was recently featured on new Netflix series The Surgeon’s Cut, was born in the coastal city in 1953.

Professor Nicolaides was asked about the discoveries he has made over the decades, making him the ‘Father of Fetal Medicine’.

He also discussed the difficulties and dilemmas that doctors face during their careers, and shared advice for younger doctors.

Professor Nicolaides also shared his perspectives on Turkey’s ongoing occupation of Cyprus and spoke about the importance of the decades-long struggle for a free and reunified Cyprus.

He also spoke about the COVID pandemic and his hopes for 2021.

The interview was watched by thousands of people around the world and is available to watch at: http://cypriotfederation.org.uk/professornicolaides