Prodromou : We could discuss a decentralizing system, not a two-state solution 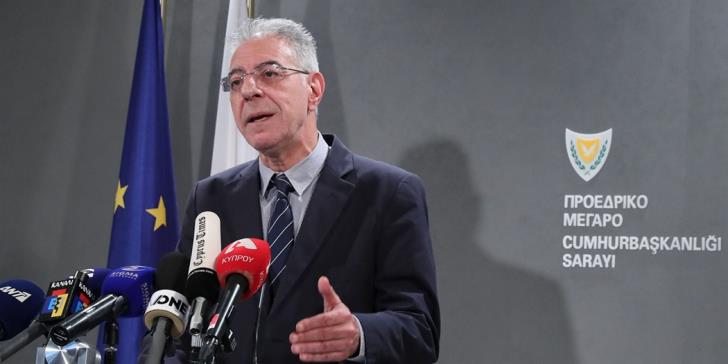 Government Spokesman, Prodromos Prodromou said on Tuesday that in view of a demand by the Turkish Cypriot side for one positive vote at every decision-making level, President Nicos Anastasiades had suggested exploring the possibility of a decentralising system, in a way that the central state will have the powers required for a normal state.

Prodromou noted that “by allocating competencies to the two states we are avoiding complications, while issues concerning the dispute resolution mechanism are still under discussion.”

But he stressed that “we are not discussing a two-state solution.”

He noted that the President referred to difficult issues addressed in the negotiations, except from the issue of security and guarantees “on which Turkey’s response is expected in the framework of the Guterres’ framework.”

Prodromou said that one of the major issues is that of the functionality and the viability of the state.

Responding to a question, Prodromou noted that President Anastasiades has already submitted a proposal with regard to the demand for one positive vote at all administration levels.

Anastasiades’ proposal refers to the possibility of a positive vote when decisions will obviously adversely affect one of the two communities or states.

“A proposal has been made for reflection on the viability of the system. We will not pre-empt the position of the Turkish side,” he added.

Moreover, Prodromou said that “the resumption of the negotiations continues to be our main goal and to this end we are waiting for the UN Secretary General’s report, hoping that a way will be found to resume the negotiations.”

Asked if the UNSG’s envoy Jane Holl Lute has had a conversation with President Anastasiades, Prodromou said that Lute was present at the meeting which Anastasiades had with the UNSG in New York.

He noted that one of the suggestions which the President has submitted is  for Lute to pursue further contacts.

Asked about the meeting which Anastasiades had in New York with Turkish Foreign Minister Mevlut Cavusoglu, Prodromou said that the President informed the National Council about this meeting. He would not elaborate