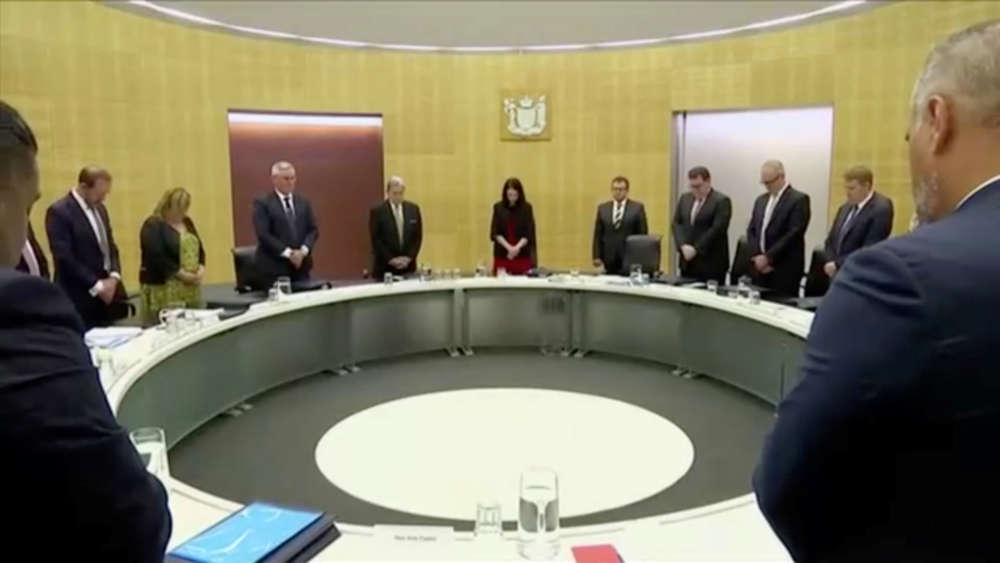 New Zealand Prime Minister Jacinda Ardern said on Monday that official inquiries into last week’s fatal volcano eruption could take up to a year, and will carry potential criminal penalties of up to five years in jail.

Ardern also announced a NZ$5 million ($3.2 million) fund to help small businesses affected by the eruption, after New Zealanders held a minute of silence to honour the victims a week on from the tragedy.

The official death toll from the surprise eruption on White Island, also known by its Maori name of Whakaari, stands at 16. Two people whose bodies are believed to be in the waters around the island are still officially listed as missing.

A further 26 people remain in hospitals in New Zealand and Australia, many in critical condition with severe burn injuries.

“There remains now questions to be asked and questions to be answered,” Ardern told reporters in Wellington after she led the country in a minute of silence for the dead and injured, who included tourists from United States, Germany, China, Britain and Malaysia.

There has been growing criticism that people were allowed on the island, a popular destination for day-trippers, given the risks of an active volcano. That has led to speculation the tragedy could foretell major changes for New Zealand’s thrillseeker tourism economy.

WorkSafe, New Zealand’s primary regulator for workplace related incidents, has opened a health and safety investigation, Ardern said, while the coroner is conducting a separate inquiry.

Worksafe can prosecute individuals and companies for breaches of health and safety laws, with penalties including fines of up to NZ$3 million and jail terms of up to five years, Ardern said.

A coronial investigation is automatically triggered in the event of a sudden, violent or unnatural death. A coroner can also make recommendations to prevent similar deaths in the future.

Ardern said the Worksafe investigation could take a year, while the coronial inquiry was “also likely to continue for some time.”

The NZ$5 million support fund is expected to be distributed among businesses in Whakatane, the mainland coastal town that serves as the jumping off point for trips to Whakaari. Asked if operators of tours to the island would be among the beneficiaries, Ardern said that specifics had not yet been determined.

At White Island, recovery teams again conducted aerial searches in a bid to locate the bodies of the last two people known to have been on the island.

Six bodies were retrieved from the island on Friday, and officials believe the remaining two bodies are now likely to be in the surrounding waters. Naval divers are scheduled to continue the search on Tuesday.

“We will continue the operation for as long as we have a chance of recovering those bodies,” New Zealand Police Commissioner Mike Bush told Radio New Zealand.

Many of dead and injured were Australians on a day tour from a Royal Caribbean Cruises Ltd ship. The 16-deck Ovation of the Seas docked back in Sydney on Monday, with some passengers disembarking in tears as they were reunited with family members.

Australian Foreign Minister Marise Payne met with her New Zealand counterpart in Wellington on Monday to express Australia’s thanks to emergency and medical crews.

Legal experts said last week they expected to see lawsuits filed in the U.S. courts by injured passengers and families of those who died. Royal Caribbean’s potential liability for the deadly excursion could hinge on whether the eruption was an unforeseeable “act of God,” maritime lawyers told Reuters.

“We will to continue to provide ongoing support and services to them and their families during this difficult time,” a spokeswoman for the company said in an emailed statement on Monday
(Reuters)