Probe into Co-op Bank to cover period before and after 2013, says President 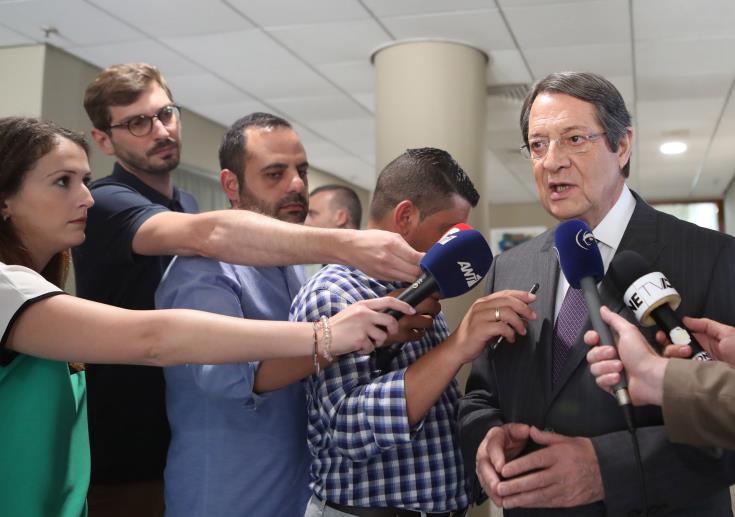 The probe which the government has requested into the Cyprus Co-operative Bank will look into matters before and after 2013, President Nicos Anastasiades said on Thursday.

In statements before a lunch, in Nicosia, hosted by the Embassy of Bulgaria in Cyprus ahead of the conclusion of the EU Bulgarian Presidency, the President clarified that the probe will look into what happened in 2013, that led the government to support the financial institution with €1.5 billion  “in order to survive.”

At the same time, the President said that developments in the 2013-2018 period will also be examined, which resulted in €7.5 billion in non-performing loans.

Referring to the acquisition of the Cyprus Co-operative Bank by the Hellenic Bank following recommendations to the government by the European supervisory authorities for the liquidation of the Co-operative Bank, the President said that “we were obliged to take a painful decision which protects depositors, stabilises the banking system and creates future prospects.”

The President called for the adoption of efficient measures, in line with European Commission requirements in order to “address the problem in an efficient and positive manner.”

Asked if there can be a balanced approach to avoid problems that emerged in other countries, for example with foreclosures, the President said that “no doubt, the protection of those who are really unable to pay comes first in our mind.” He said however that the approach towards those who take advantage of the situation even though they are able to pay will be different.

Invited to comment on a possible delay by the banks in their effort to deal with NPLs, President Anastasiades indicated that the banks could have handled the situation better, taking into account that those loans will at some point be worth nothing.

He also indicated that the banks could have been more flexible to allow the borrower to pay his loan.

The President expressed hope that the measures that will be adopted by the political parties will acknowledge obligations vis-à-vis the European Commission and lead to a stable banking system.

The government of Cyprus approved a deal on the Cyprus Co-operative Bank, following an offer submitted by the Hellenic Bank.

By In Cyprus
Previous articlePistol and revolver found near Polemidhia dam
Next articleNo new taxes despite increase in public debt, finance minister assures