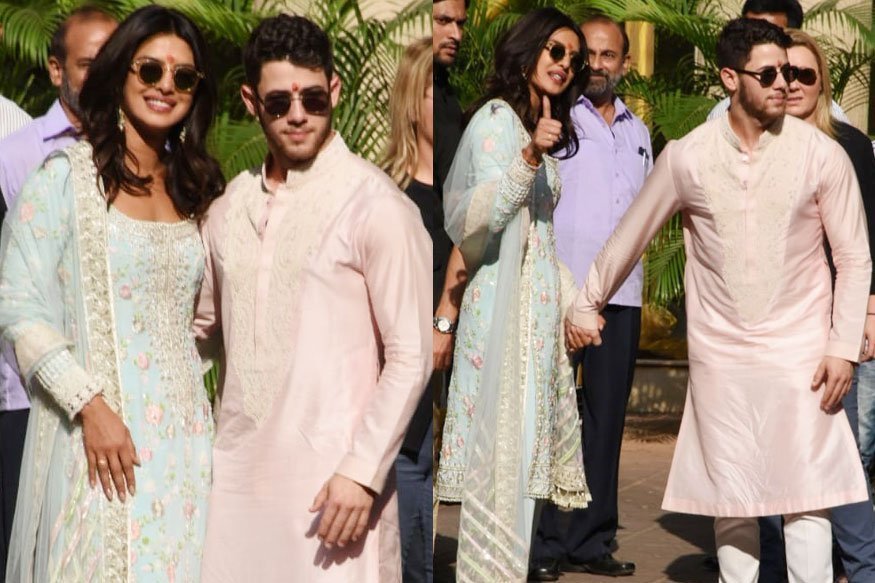 U.S. singer Nick Jonas and “Quantico” actor Priyanka Chopra will be married in a traditional Hindu ceremony today, the culmination of a three-day long wedding celebration that featured cricket matches and Bollywood songs, all taking place in a heritage Indian palace atop a hill.

The couple exchanged vows in a Christian ceremony on Saturday, wearing custom-made Ralph Lauren clothes, and later shared pictures on their social media of a pre-wedding ritual, the mehendi ceremony, which involves applying henna on the bride’s hands as a good omen.

“One of the most special things that our relationship has given us is a merging of families who love and respect each others’ faiths and cultures. And so planning our wedding with an amalgamation of both was so so amazing,” Bollywood actor Chopra wrote on her Instagram account.

The pictures showed the couple laughing and surrounded by family and friends, as an artisan applied henna on Chopra’s palms.

On Sunday, Chopra shared a picture and a two-second video of a cricket match, captioning it “team bride vs team groom #cricket”. Indian media reported that at another pre-wedding function, guests and the bride and groom danced to Bollywood songs, including some of Chopra’s biggest hits. The couple have been tight-lipped about the details of the actual wedding, and representatives for the couple remain unreachable for comment. They are scheduled to host a reception in New Delhi on Tuesday.

The venue of the wedding, the Umaid Bhavan palace in the heritage north Indian city of Jodhpur, has been cordoned off to the public, and Indian media reported that the couple had asked guests not to carry cellphones to any of the ceremonies.

The palace is home to the Jodhpur royal family, and is believed to be the world’s sixth largest private residence. Part of the palace has been converted into a Taj heritage hotel with peacocks roaming 26 acres of landscaped gardens.

Chopra, 36, and 26-year-old Jonas were engaged earlier this year after a whirlwind courtship that began at an Oscars after-party last year.

Chopra, who headlined three seasons of the ABC crime drama Quantico, is one of Bollywood’s biggest female leads with acting credits in several big-ticket films.

Nick and his brothers Kevin and Joe formed a pop-rock band, The Jonas Brothers, in 2005 and soared to fame as members of Disney’s stable of teenage stars. The band split up in 2013.