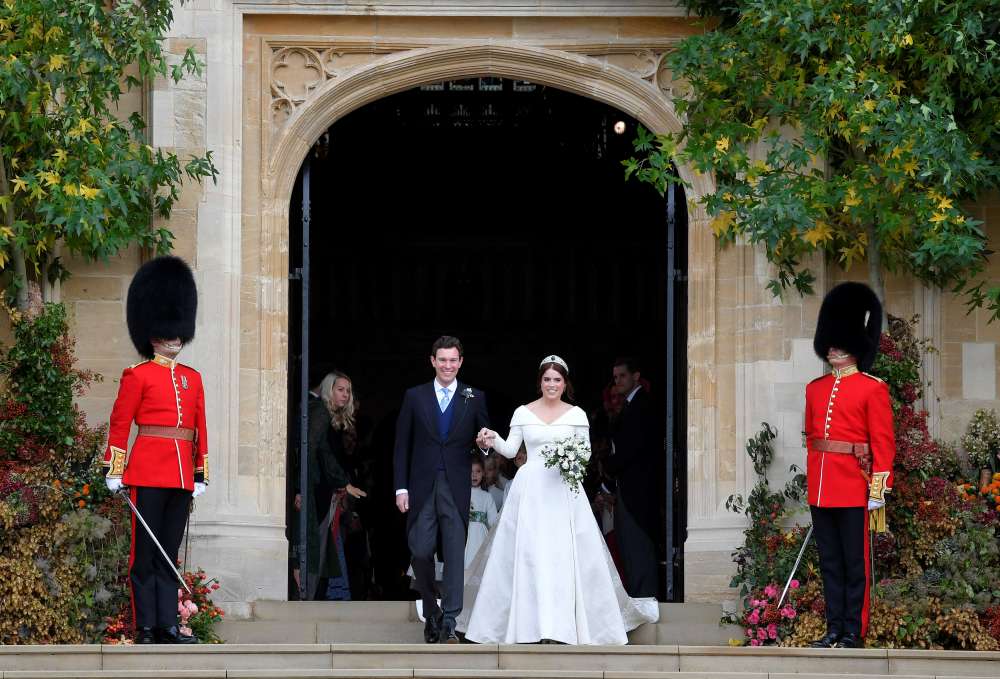 Britain’s Princess Eugenie wore an elegant voluminous dress by London-based label Peter Pilotto for her wedding to Jack Brooksbank on Friday, with the bride picking a low back to reveal scars she got from surgery as a child.

The 28-year-old granddaughter of Queen Elizabeth walked down the aisle of Windsor Castle’s 15th Century St George’s Chapel in a fitted corset and pleated skirt with a long train designed by Peter Pilotto and Christopher De Vos, who founded the label in 2007.

“The dress features a neckline that folds around the shoulders to a low back that drapes into a flowing full length train,” Buckingham Palace said in a statement.

“The low back feature on the dress was at the specific request of Princess Eugenie who had surgery aged 12 to correct scoliosis.”

Eugenie, who announced her engagement in January, worked closely with Pilotto and De Vos for the bespoke dress, with the designers leafing through archives of frocks worn by British royals to pick a silhouette.

Motifs meaningful to the couple were woven into a jacquard of silk, cotton and viscose blend, the palace said. The designs included the thistle and shamrock, the flowers of Scotland and Ireland, and the English rose.

Eugenie borrowed the queen’s Greville Emerald Kokoshnik tiara, decorated with rose cut diamonds and emeralds and made by jewellers Boucheron in 1919 in the style worn in the Russian Imperial Court. 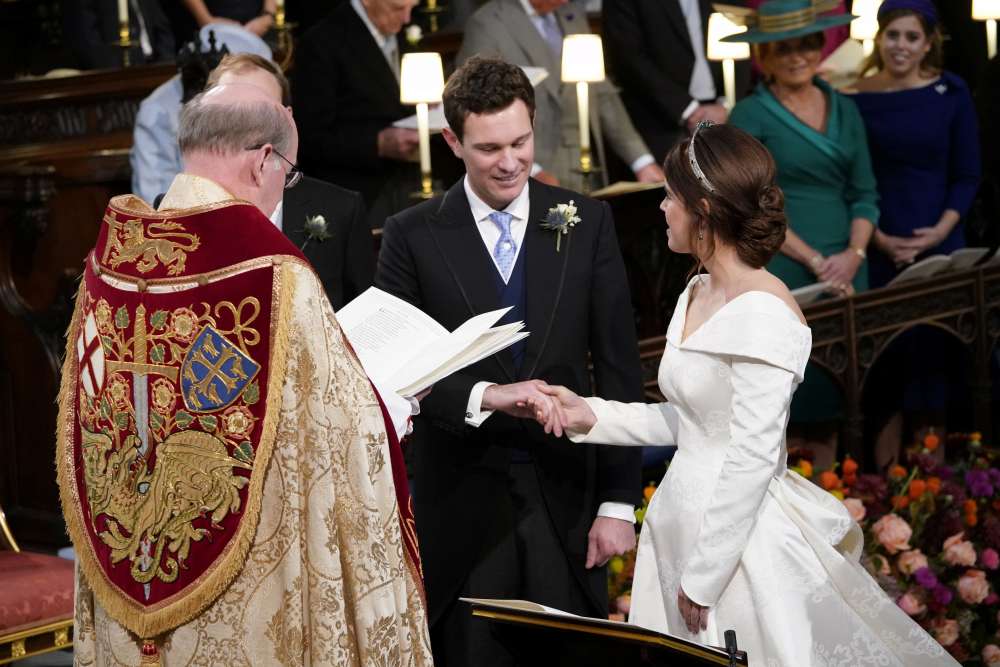 She wore diamond and emerald drop earrings given to her by Brooksbank and satin peep-toe heels by Charlotte Olympia.

Speculation over who would design the wedding dress had mounted over the last few weeks, with labels such as Erdem, Ralph & Russo among those mentioned in media reports.

“As soon as we announced the wedding, I knew the designer, and the look, straight away,” she was quoted as saying. “I never thought I’d be the one who knew exactly what I like, but I’ve been pretty on top of it.”

Eugenie, who works in art and Brooksbank, who is European brand manager for Casamigos Tequila, a brand co-founded by Hollywood actor George Clooney, married at the same venue that her cousin Prince Harry and Meghan Markle chose for their nuptials in May. 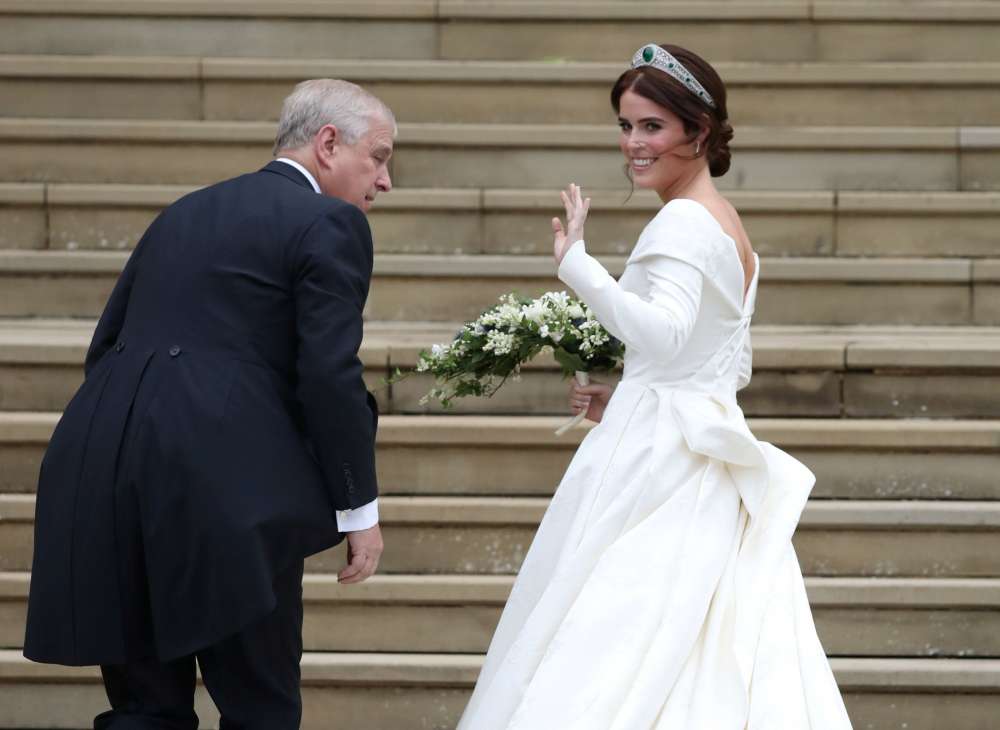