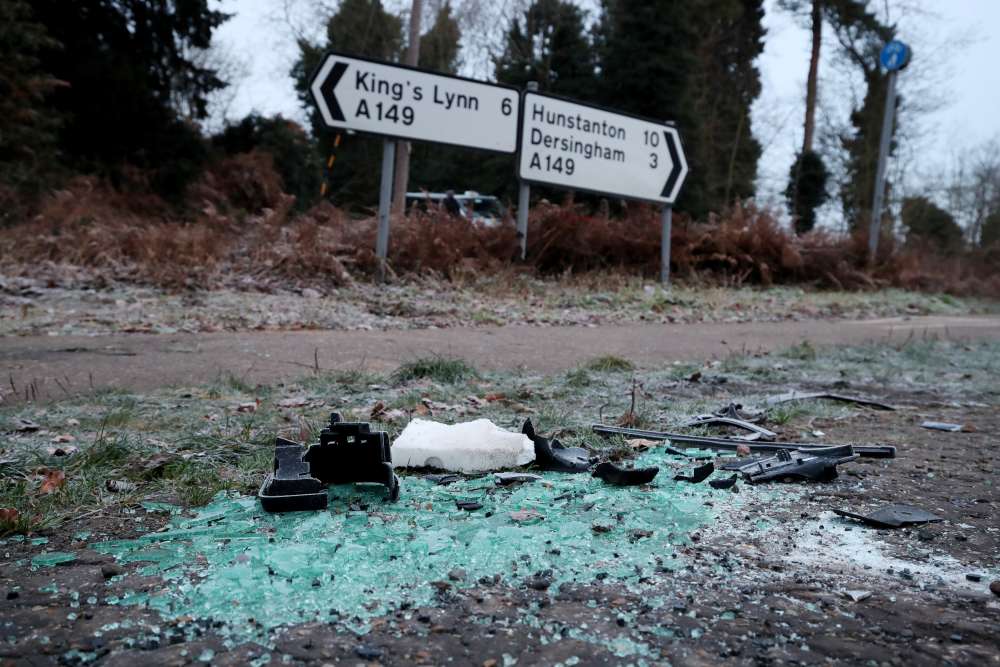 Queen Elizabeth’s 97-year-old husband Prince Philip received a warning from police after he was photographed apparently driving without a seat belt, just two days after he was involved in a crash while at the wheel.

Newspapers showed pictures of Philip driving a replacement Land Rover on Saturday at the royals’ Sandringham residence in Norfolk. He did not appear to be using a seat belt while travelling on a public road.

“We are aware of the photographs,” a police spokesman said. “Suitable words of advice have been given to the driver and this is in line with our standard response when being made aware of our receiving such images showing this type of offence.”

On Thursday, Philip escaped without injury when his car flipped over following a crash with another vehicle close to Sandringham.

Philip was unhurt, although shaken in the crash. The other driver, a 28-year-old woman, suffered cuts to her knee and a 45-year-old woman passenger in the car, which also had a nine-month-old baby on board, sustained a broken wrist. They were taken to hospital but later released.

A spokeswoman for Philip, asked about Saturday’s incident, said: “It’s a matter for Norfolk police.”

Philip has developed a reputation for brusque comments and often headline-grabbing verbal gaffes.