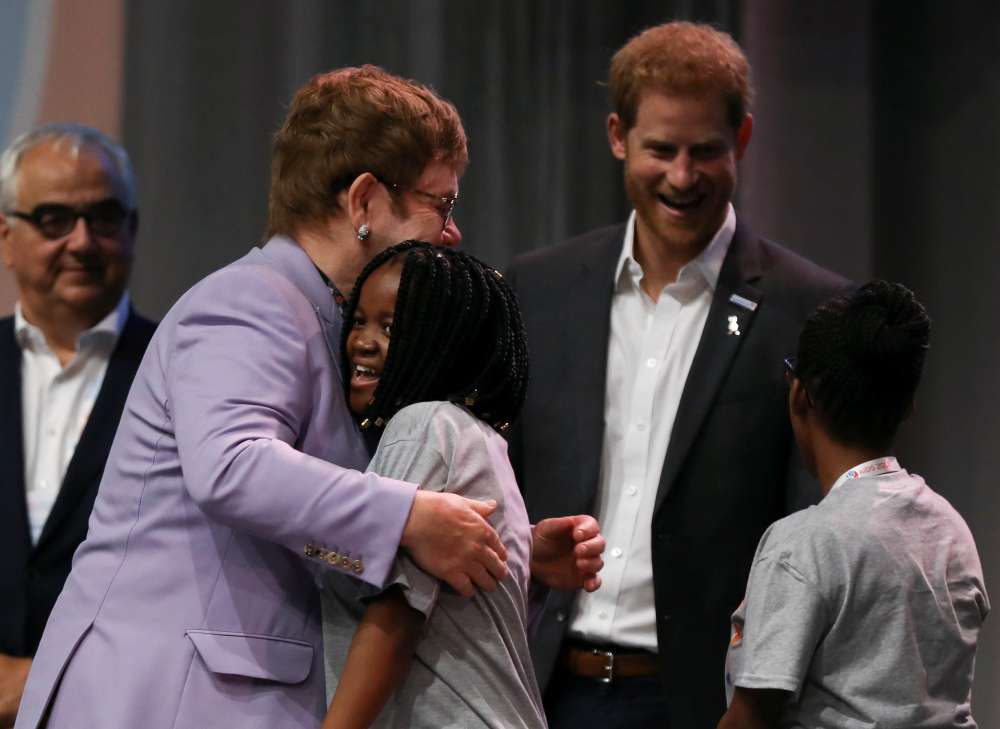 Britain’s Prince Harry joined pop star Elton John on Tuesday to launch a campaign to raise HIV awareness among men, warning that “dangerous complacency” about the virus threatened the quest to wipe it out.

The billion-dollar project “MenStar” will target men living with or at risk of HIV in sub-Saharan Africa, which has been ravaged by AIDS since the 1980s.

“The MenStar coalition is bravely tackling the root cause of this problem — the lack of awareness of HIV prevention amongst hard-to-reach young men,” Harry said at the 22nd International AIDS Conference in Amsterdam.

Speaking at the launch, which also featured South African actress Charlize Theron and Ndaba Mandela, the grandson of late President Nelson Mandela, Elton John said: “If we want to end AIDS once and for all, we must make men part of the solution.”

Around 36.7 million people around the world have HIV, according to 2016 figures cited by the United Nations’ HIV/AIDS body UNAIDS. Fewer than half of men living with HIV receive treatment compared with 60 percent of women, it said.

“It is time there was a global coalition to teach men to protect themselves. And in doing so, it will teach them to better protect not only their wives and girlfriends, their sisters and daughters, but also, critically, their brothers and their sons,” the British singer said.

UNAIDS said this month that the fight against HIV/AIDS was “slipping off track” and while deaths were falling and treatment rates rising, rates of new HIV infections threatened to derail efforts to defeat the disease.

Prince Harry said the campaign launch came at “a time when new energetic and innovative solutions are needed more than ever before”.

“MenStar” is supported by the U.S. government’s PEPSTAR programme and the Bill and Melinda Gates Foundation.

Experts at the conference hope for the elimination of AIDS worldwide by 2030, but the United Nations warned last Wednesday of a funding gap of £4.6 billion that threatens efforts