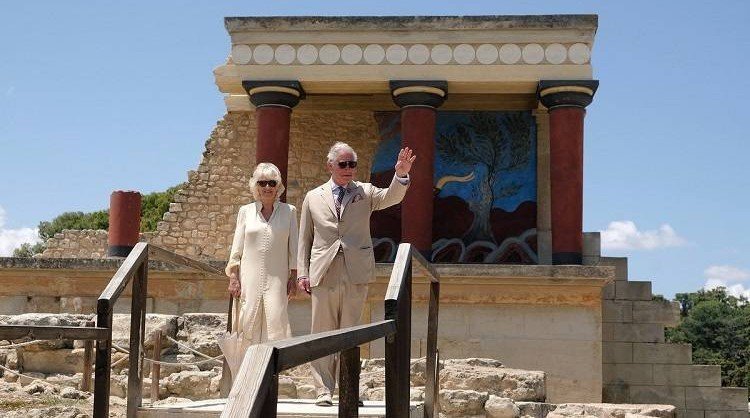 Prince Charles and Camilla, Duchess of Cornwall, were given a tour on Friday of the archaeological site at Knossos in Crete, on the last day of their official visit to Greece.

Culture Minister Lydia Koniordou and the ministry’s Secretary-General Maria Vladaki welcomed the royal couple on their arrival at Knossos, for a visit that acts a strong boost for Greek tourism.

The Prince of Wales and Duchess of Cornwall were at the site for approximately 50 minutes, during which they were given a guided tour and presented with gifts. Despite the extremely tight security measures, the site remained open to the public, who were able to watch the royal couple.